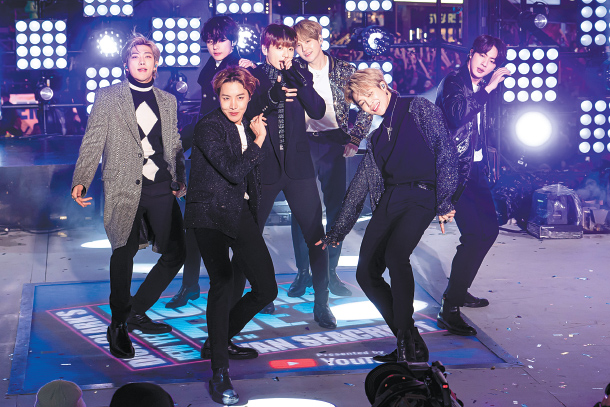 BTS performed in Times Square in New York City on New Year’s Eve as a part of “Dick Clark’s New Year’s Rockin’ Eve With Ryan Seacrest.” The group became the second Korean act to perform in Times Square for the show, following Psy’s performance on Dec. 31, 2012. The group performed their hit songs “Make It Right” (2019) and “Boy with Luv” (2019). [AP/YONHAP]