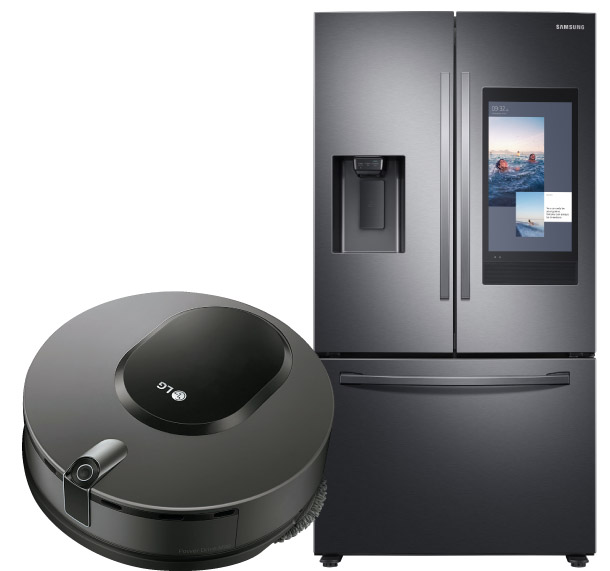 Samsung Electronics’ 8K TVs were recognized as the real thing by the U.S. Consumer Technology Association (CTA), putting an end to the 8K resolution war with rival LG Electronics.

8K is the highest resolution currently available for TVs. They have four times the number of pixels as a 4K screen - roughly 8,000 - and 16 times that of a full HD TV. Both 4K and 8K are referred to as ultrahigh definition (UHD).

Samsung said Wednesday that all of its QLED 8K TV lineup for 2020 won “8K UHD” approval from the CTA, which is the organizer of the trade show scheduled for next week in Las Vegas. This certificate is granted to 8K TVs that have contrast modulation of 50 percent - which LG had used last year as grounds to call Samsung’s TVs unworthy of the 8K label.

Called CM for short, contract modulation is a measurement of the sharpness of the contrast between adjacent black and white lines on the display.

At the IFA Berlin trade show last September, LG put its 8K TVs side by side with Samsung’s and claimed its rival’s were not “real 8K” for not meeting the 50 percent CM threshold. The CTA announced that month that only 8K TVs with a minimum 50 percent CM could earn its “8K UHD” logo.

“We still don’t think CM is a necessary factor for assessing TV resolution,” said a Samsung source, which echoes the company’s argument of last year, claiming that CM is an outdated standard. “The CTA approval was received nonetheless to avoid the controversy.”

The two companies’ fight for 8K leadership will continue, but the CTA has robbed LG of a potent attack point.Samsung also announced Wednesday that all of its 2020 QLED 8K TVs were approved by the 8K Association, which is comprised of 22 corporate members that include TV and panel makers and content creators. Samsung was one of the five companies that started the industry association with the aim of setting 8K standards.

LG is not a member of the 8K Association.

All of LG’s 2020 lineup of 8K TVs received 8K UHD approval from the CTA last month. Neither the 8K Association or the CTA are standard-setting bodies so their certification does not have legal force. But as 8K technology is new and there is a lack of international standards, such associations are the closest things to authorities.

The 2020 lineups for 8K TVs from both makers will be shown at CES in Las Vegas next week. CES has always been a battlefield for Samsung’s and LG’s TV divisions, but this year they will refrain from directly comparing products side by side.

There was not much official confirmation about which TV sets Samsung and LG will show. According to news reports, Samsung is preparing to present a zero-bezel television, the first in the world.

After getting a lot of attention for a retractable OLED TV last year, LG is rumored to be introducing another upgraded version this year.

Other than televisions, manufacturers are expected to be showing artificial intelligence (AI)-powered home appliances and robots.

Samsung and LG will show upgraded AI refrigerators that automatically perceive things inside them, suggest recipes and show lists of what’s left inside them on a screen.

This week, Samsung teased an “artificial human” by the name of Neon that it will unveil at CES.

Details are unknown apart from the fact that it will be separate from Samsung’s AI assistant Bixby and that it’s the first product of Samsung Technology & Advanced Research (STAR) Labs.

LG will dedicate one-third of its CES booth to show how its LG ThinQ software can be integrated into real-life settings like homes, cars and restaurants, where robots will take orders, cook and serve. Other products to be shown will be a robotic mop and an indoor vegetable grower that looks like a fridge.

“LG ThinQ’s platform will extend the customers’ AI experience and lifestyle from inside their homes to outdoors.”