Big Bang and Epik High are heading to Coachella

Big Bang and Epik High are heading to Coachella 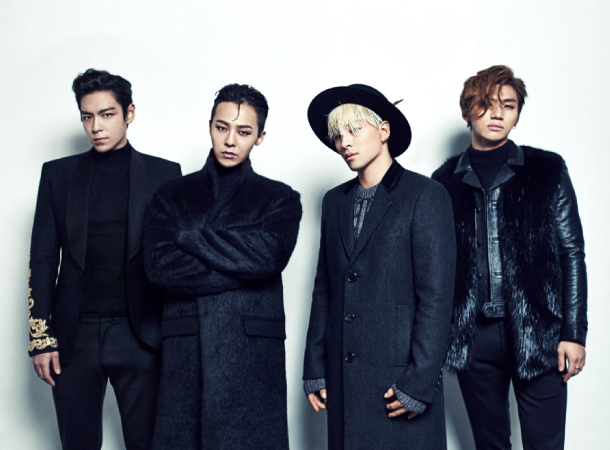 Big Bang and Epik High will rock the Coachella Valley Music & Arts Festival in April, the festival announced when they revealed their lineup on Friday.

Big Bang, the four-member boy band managed by YG Entertainment, will be taking the stage on Friday, April 10 and 17, and Epik High, a three-member hip-hop group, will be performing on Sunday, April 12 and 19.

“This will be Big Bang’s first event after all of the members finish up their military duties,” YG Entertainment said.

Last year, the group and its agency faced its biggest turmoil yet, as former member Seungri - whose real name is Lee Seung-hyun - was found to be at the center of the Burning Sun scandal, which involved sex and drug trafficking at a club owned by Seungri. He quit the group in March last year.

On Thursday, member Daesung was cleared of suspicions of knowing that illegal entertainment facilities were operating inside of a building that he owns in southern Seoul.

The police found no evidence to prove that Daesung had knowingly allowed the entertainment facilities in his building and overturned his case to prosecutors with the opinion of non-indictment.

The group’s other members have gradually made their way back into the public in the past few weeks, with G-Dragon introducing a shoe made in collaboration with Nike in November and Taeyang announcing that he will be meeting with fans at a bazaar market that will be held on Jan. 18.

Meanwhile, Epik High will be performing at the festival for the first time in four years. The trio last appeared at Coachella in 2016. They were the first Korean act to take the stage at the festival.

“The 2016 Coachella performance was the best time we’ve ever had,” Epik High said in a press release.

“We are so honored to be taking the stage once gain. We will give you a performance you’ll never forget.”

The Coachella Valley Music & Arts Festival is held every spring for two weeks in Indio, California.