It’s the thought that counts

It’s the thought that counts 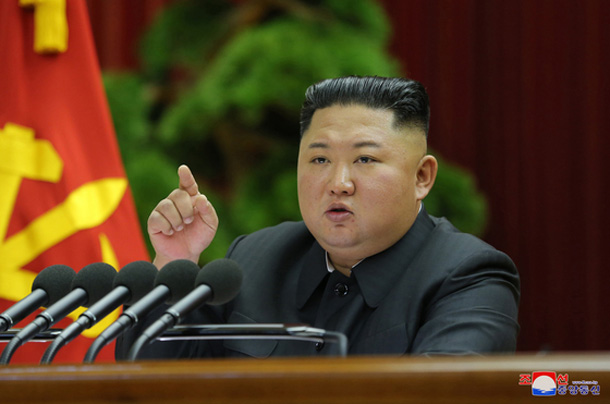 PARK HYUN-YOUNG
The author is a Washington correspondent of the JoongAng Ilbo.

North Korea’s “Christmas present” for the United States has yet to arrive. North Korean leader Kim Jong-un warned that he would send a Christmas present to his summitteering pal, U.S. President Donald Trump. Korean experts in Washington spent the last few weeks of the year in a state of tension. While it is fortunate that nothing bad actually came about, it left a bad precedent of Kim Jong-un’s threats having an undue effect on Korea, the United States and Japan.

When North Korea issued a statement on Dec. 3, 2019, that it was up to the United States which Christmas present it would be sending, experts in Washington pointed out that it was ironic how North Korea, which does not have freedom of religion, was even mentioning Christmas. North Korea prefers to use the Korean language only. The expert joked that North Korea was personalizing its message for Trump by using the word “Christmas.”

The Trump administration responds to threats with threats but constantly proposes talks. The President, defense secretary, chairman of the joint chiefs of staff, the commander of America’s Pacific Air Forces mentioned Washington’s position on responding to North Korea’s so-called Christmas gift at official press conferences. They all said similar things: that they prioritized diplomacy and negotiation, but if North Korea committed a dangerous act, the United States would not condone it.

The media stressed the “not condone” line, and suggested the graveness of the responses the United States might take. Korean media were also influenced merely by reporting on how the story was being played in the United States. Jung Pak, a senior fellow at the Brookings Institute, explained that people think peace is boring. He is one of the experts that predicted that North Korea would continue to argue and attempt some trivial provocations but would not make a provocation that Trump would find upsetting.

A diplomatic source said that a broader view is necessary, including China and Russia. This is not just a North Korea-U.S. issue. Rather than Kim refraining from a provocation to save Trump’s face or to avoid breaking the North Korea-U.S. denuclearization agreement, it is interpreted that he did not cross a red line because of China and Russia. Reviewing the past moves, Trump took a two-week vacation to Florida, and when he said on Christmas Eve that Kim’s Christmas gift could be a beautiful vase, not a missile, North Korea’s actions may have already been determined.

It may be necessary to assume the worst on what will happen between two unpredictable leaders. But building up excessive tension may interfere with calmly looking at the serious affair of denuclearization negotiations. I am ruminating while waiting for the delivery of a gift that is delayed until January or February.