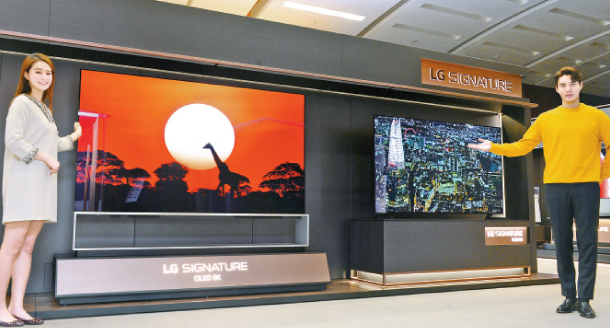 The 8K TVs showcased by LG Electronics at the CES trade show next week will come with software that can automatically optimize resolution and sound according to the movie’s genre.

The annual four-day trade show will begins Monday in Las Vegas and will feature new and cutting-edge products from manufacturers globally.

LG’s new 8K lineup will be powered by the third-generation Alpha9 artificial intelligence processor, which is faster in speed and has an improved learning algorithm compared to the second generation, the company said.

This upgraded processor allows for the perception of human faces and partial adjustment of the TV’s resolution to make face tones appear more natural and to better show changing facial expressions, according to the company.

Text shown on the screen will be sharpened so that it’s easier to read.

The company added more sizes to its lineup. The high-end LG Signature OLED 8K will come in a 77-inch model in addition to last year’s 88-inch option. For the LG Nanocell 8K lineup, a smaller 65-inch screen will be released with the existing 75-inch model.

The competition in 8K TVs between LG and Samsung Electronics is expected to be fierce once again this year. According to LG, its 8K TVs have acquired resolution approvals from the Consumer Technology Association, Intertek and TUV Rheinland.