Exploring King Sejong’s many sides: Han Seok-kyu returns to the throne with a new angle in ‘Forbidden Dream’

Exploring King Sejong’s many sides: Han Seok-kyu returns to the throne with a new angle in ‘Forbidden Dream’ 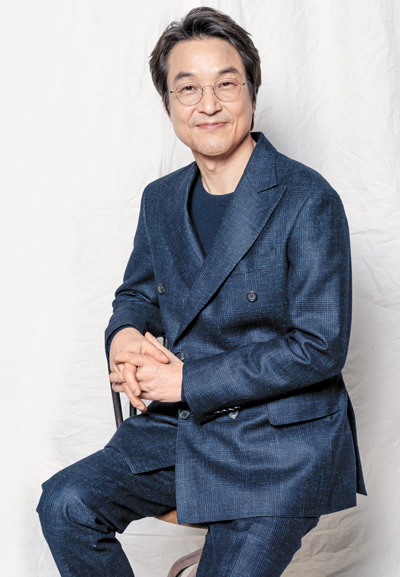 In the SBS historical drama series “Tree with Deep Roots” (2011), actor Han Seok-kyu portrayed a King Sejong the Great who isn’t afraid to say what’s on his mind and even curse freely to vent his frustrations about palace politics.

In his second portrayal of the king in “Forbidden Dream,” Han shows another side of Sejong through his friendship with revolutionary inventor Jang Yeong-sil.

“This time, I saw another side of Yi Do [the king] because in the former, I thought Yi Do was influenced by his father. But now I see how much he was influenced by his mother,” Han said during a recent interview. The King’s mother, Queen Wongyeong, is often described as a tragic figure in history. Ambitious and clever, she is said to have contributed greatly in her husband, Yi Bang-won’s, ascendance to the throne, but she had to suffer when King Taejong exterminated her family in fear of them threatening his power.

In an interview at a cafe in Samcheong-dong, central Seoul, Han talked about how it feels to play the king again with his new understanding of the historical figure and his evolving philosophies of acting. 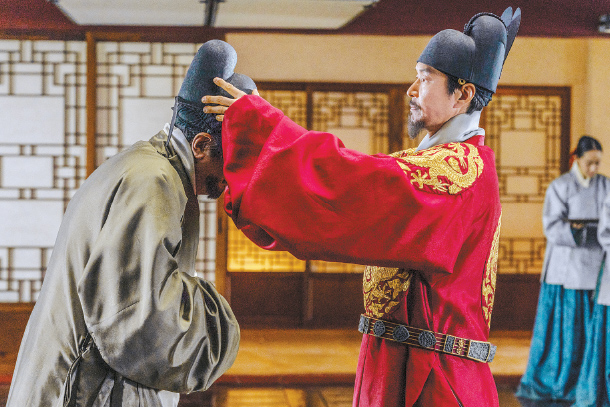 Q. Actor Choi Min-sik said that you chose to play the king. Why did you decide to portray King Sejong again?

A. I was in my mid-forties when I first played the king and I thought he was influenced by his father, King Taejong. I thought about what the young king would have seen and thought while witnessing his father get rid of all of his opposition and potential threats to become the king. I didn’t think about his mother, Queen Wongyeong, then. But as time passed on, and the more I thought about it, I realized that he was much more influenced by his mother.

When I looked back on my time with my mother, every little thing, ranging from me becoming an actor, my motivations, inspirations and when I felt happy, everything related back to my mother. I learned everything from her. That’s when I started thinking about the king’s relationship with his mother.

So if in “Tree with Deep Roots” I was a king who swore to never kill anyone [affected by his father’s ways], in this film I thought the king wanted to keep more of his subjects, his people alive, which is the very motivation why the king created hangul, the country’s time and national tax system. He wanted to save as many people as possible, and that, I believe, was my shift in perspective because the king was ultimately influenced more by his mother.

If I have a chance to portray another historical figure in the future, I think I’ll study what their mothers were like - that’s how much children are influenced by their mothers.

The role of King Sejong has been portrayed by many actors. Do you feel any pressure playing a significant historical figure?

Actually, I wasn’t really interested in portraying a great figure when I was younger. After I turned 40 though, my interests naturally moved on [to history].

For me, my 40s was a period of change, both in my interests and my thoughts about acting. When I was younger, I thought acting was to create an entirely new person. But, I realized that it’s impossible to do that, to play someone besides myself. Instead, acting is more of revealing myself plainly to the audience because it can’t be helped that people will think of me [when I act].

From then on, I thought that I would have to know myself more precisely than anyone else, so that I can show multiple sides of me to the audience. That’s when I met the character Yi Do for “Tree with Deep Roots.”

How was it finally acting alongside your longtime friend Choi?

Our acting styles are at opposite ends of the spectrum. If Choi’s acting is like fire, my style is water. Choi is very passionate, and he has to burn off some of his energy before he goes into his role, so it is impossible for him to keep his character inside of him. But I like to gather all the [emotions and thoughts about the character] and spread them out one by one.

Nevertheless, there is a spot in our thoughts about acting that is similar. I know that Choi is always thinking about acting, and about himself too. I once read that Choi said that for him, “acting is something that will only end when I die.” That’s when I realized that he and I are the same, two people on the same path.

But of course, our acting styles are different. I don’t know everything, but I can imagine, because he had spent a different childhood in a different environment. He experienced and responded to things in his own way.

What was it like acting with Shin Goo, who played Hwang Hui, one of the most powerful politicians in the king’s regime?

Our generation was the most heavily influenced by Shin’s acting. His most distinctive characteristic lies in his breathing [when he speaks his lines]. The way actors control their breathing directly affects how their sound is carried to reach the audiences’ ears, whether it’s on a stage or on screen.

When I saw Shin acting, I felt that he was truly an actor who had spent all his life acting. Younger audiences nowadays might be more familiar with Shin playing a comical character in sitcoms, but his acting in a traditional drama is really something else. I’ve always wanted to have the opportunity to act alongside Shin in a historical film, and my wish came true through this project.

Would you be interested in playing the king again?

If I figure out another side of him [that I haven’t portrayed yet] I don’t see a reason not to. But if I don’t have any, I wouldn’t have anything new to show the audience, then, it wouldn’t be proper.