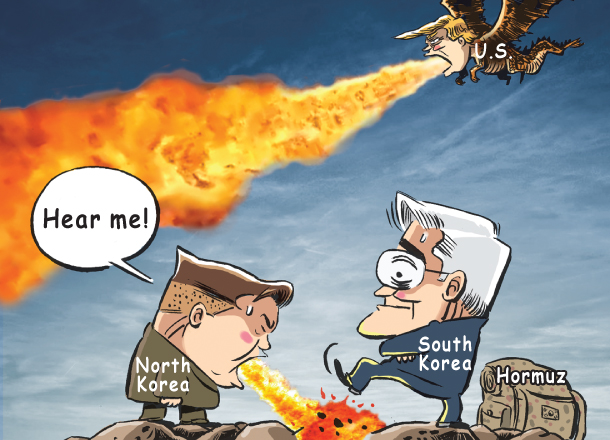 Three days after the United States killed Qassim Suleimani, Iran’s most powerful military commander, in a drone attack, Uriminzokkiri, one of North Korea’s propaganda outlets, lambasted President Moon Jae-in for trying to lead his own peace initiative on the Korean Peninsula. In the meantime, South Korea is considering dispatching troops to the Strait of Hormuz at the request of Uncle Sam.