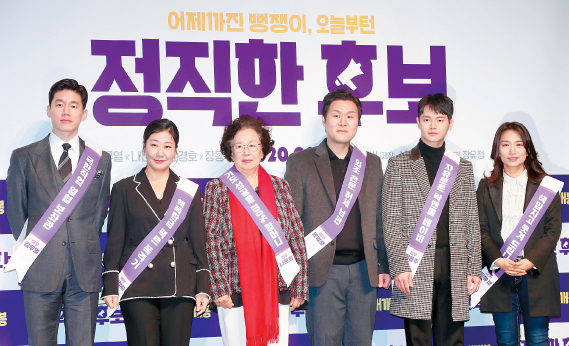 From left: Actors Kim Moo-yul, Ra Mi-ran, Na Moon-hee, Yoon Kyung-ho and Jang Dong-ju and director Jang Yoo-jung of the upcoming film “An Honest Candidate” participate in a press conference at Apgujeong CGV, southern Seoul, on Monday to promote the movie slated for release on Feb. 12. The comedy tells the story of an aspiring politician (played by Ra) who is one day struck with a spell that forces her to only speak truthfully. [YONHAP]