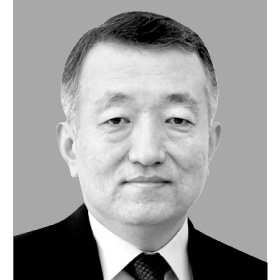 A friend in the financial industry shared a scary prophesy. There are over 11,000 private equity funds available in the Korean market, and yet few know how they are being managed. The 1.5 trillion won ($1.3 billion) Lime Asset Management owes to its fund investors is just a tip of the iceberg, he said. Many heedlessly placed customer money in high-risk bonds. Slack oversight in supervision could trigger a financial crisis, he warned.

I am not sure how much truth there is to his claims, but the thought of another crisis sweeping over the country is dreadful. The economy is already battered from a protracted slowdown and policy failures. Bubbles in real estate and household debt could burst anytime. Then there is a renewed North Korean risk, as the country warns of showing the world a new strategic weapon pretty soon. There are signs of insecurity in China as corporate debt has ballooned over five times over the last decade. Tensions have escalated in the Middle East.

Korea has endured two major financial crises — in the late 1997, which brought about a shameful international bailout, and the shockwave from a global financial crisis in the late 2008. We had hard battles. The country managed to avoid catastrophes like those in Latin American and southern European nations. Its secret weapon had been robust fiscal integrity.

The IMF — which charged into the government offices in 1998 to take command in return for bailout loans — was surprised at Korea’s solid fiscal health. National debt against the GDP stood at a mere 11.4 percent at the time, stunningly low for a country in insolvency crisis. (The ratio soared to 40.1 percent last year thanks to the populist government’s hefty spending.) Kang Kyung-shik, deputy prime minister for the economy, and others in the Finance Ministry, defended fiscal health even when companies went bankrupt. They believed safeguarding the national confers were their primary service to the nation. The sufficient ammunition has helped the country turn around faster than any others under an international bailout.

The 2007-2008 global financial crisis came down on Korea in a different way. The government ensured the country was safe, with $250 billion in foreign reserves. But in just two months, as much as $40 billion left the country. The dollar shot above 1,500 won from the 1,100 won level. The subprime mortgage woes on Wall Street rocked the Korean market as capital-short institutions first took out money from emerging countries like Korea. Like it or not, Korea was that vulnerable to external shocks.

What cushioned the shock was not foreign exchange reserves but currency swap agreements with rich allies like the United State and Japan. As relationships with the two were amicable, they willingly signed contracts to exchange currencies at times of crisis. Markets quickly recovered. The $30 billion currency swap with the U.S. Treasury was a better for the Korean market than its foreign exchange reserves of over $200 billion. That was possible because conservative presidents Lee Myung-bak and George W. Bush were very close. They showed the alliance could extend beyond diplomacy and the military.

Leaders from the president to district heads all went on spending sprees with tax funds. Bureaucrats who used to defend the coffers went along so as not to anger the powers that be. The past commitment is nowhere in sight. Finance Minister Hong Nam-ki repeatedly assured us of good fiscal health. He must explain himself if it is proven otherwise.

Washington under the Trump administration will charge dearly for any help. Trump knows how to capitalize on weaknesses of other states. Seoul can hardly turn to Tokyo with their ties at their worst due to the dispute over wartime forced labor claims.

Patriotism like in the late 1990s — when civilians from minors to seniors donated their gold rings and jewelry to help the country recover from the crisis — cannot be expected. Regional friction existed at the time too, yet the country was united with pride over the achievement of democracy. Today, the country is in tatters, divided over regional, individual, income, gender, job and ideological disparities. Cynicism prevails. A poll last year found 75 percent of youths wish to leave the country.

Moreover, there are few in the government who can steer the country out of a crisis. There is no single weapon to fight off a crisis. We can only pray crisis never arrives to a country in the face of increasing isolation from other countries.