The Vienna Boys Choir is returning to Seoul to hold two concerts next week. With more than 500 years of history, the boys’ choir has been performing concerts in Korea since 1969, but this will be the first time it is holding concerts at Lotte Concert Hall, home to the biggest pipe organ in the country.

The heavenly sound of the choir and the pipe organ are likely to enhance the listening experience for concertgoers.

The concert will include a wide scope of music, from Catholic Gregorian chant “Ave maris stella” to Piazzolla’s “Libertango” and “Somewhere,” a song from the musical “West Side Story.”

The concert starts at 5 p.m. on both days. 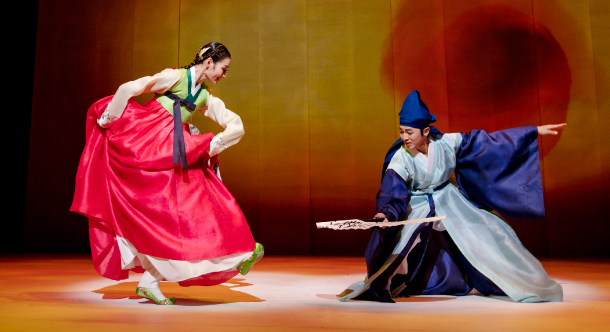 The National Dance Company of Korea presents three performances during the Lunar New Year holidays starting on Jan. 24. The nine most popular traditional dances of Korea will be performed as part of the concert. The show will also include “Sarang-ga” or “Love Song” from famous pansori (traditional narrative singing) “The Tale of Chunhyang,” an all-time favorite of many Koreans. [NATIONAL THEATER OF KOREA]

The National Dance Company of Korea presents three dance performances for families to enjoy during the Lunar New Year holiday.

The holiday season series premiered in 2018 and has become a substitute for those looking to stay away from crowded theaters or amusement parks during one of the biggest holidays in the country.

The dance performance consists of nine traditional dances of Korea including dongnae hakchum, a crane dance that originated in Busan, fan dance and a janggu dance, a dance including a traditional drum.

“Sarang-ga” from the famous pansori (traditional narrative singing) “The Tale of Chunhyang” will be performed, too.

The National Theater of Korea said the 90-minute-long performance includes all of the exciting and popular traditional works, so anyone will be able to enjoy it.

A 30 percent discount will be given to those who were born in the Year of the Rat in celebration of the new year. Families of three or more are also eligible for the same discount. 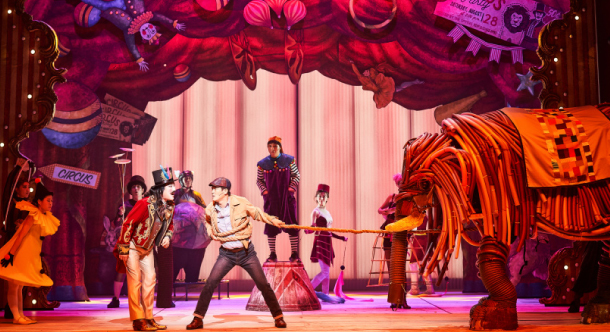 The musical “Big Fish,” based on the 1998 novel written by Daniel Wallace and the 2003 film of the same title directed by Tim Burton, is making its Korean premiere.

The story begins as Will Bloom, a journalist, visits his father Edward after receiving the news that his father is becoming seriously ill.

But his bedridden father still keeps telling his exaggerated stories about witches, mermaids and giants.

Back when he was young, Will was fascinated by his father’s stories, but since growing up, he has put a distance between himself and his dad’s wild stories.

By spending time with his sick father, however, Will begins to delve into the life of his father and soon discovers his father’s love for imaginative stories.

Nam Kyung-joo, Son Jun-ho and Park Ho-san play the role of Edward while Lee Chang-yong and Kim Sung-cheol are double cast in the role of Will.

The musical starts at 8 p.m. from Tuesday to Friday. There are two shows, at 2 p.m. and 6:30 p.m., on weekends and holidays. There are no shows on Mondays.

The 1992 Hollywood romantic thriller “The Bodyguard” returns as a musical.

Rachel Marron is an award-winning actress and music star, but she is blackmailed by an unknown stalker. The death threat by the stalker is getting worse, and eventually, Frank Farmer, a professional bodyguard, is hired for Marron.

Farmer first thinks of Marron as a spoiled and demanding diva, but the two eventually find themselves falling for each other.

Despite some harsh reviews from critics, the film’s original soundtrack was a surefire hit. “I Will Always Love You” stayed on the top of the Billboard Hot 100 singles chart for 14 consecutive weeks.

Along with “I Will Always Love You,” other sumptuous songs from the film, including “Queen of the Night,” “Run to You” and “I Have Nothing,” will be performed onstage.

Four actors are cast for the role of Marron. They include musical actors Kim Sun-young and Haena. Singers Park Ki-young and Son Seung-yeon will also alternate the role along with Kim and Haena. 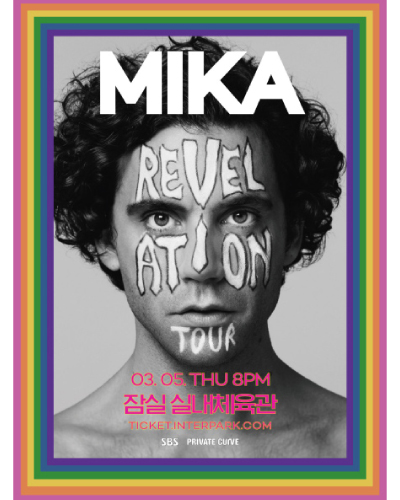 It is his first Seoul concert in four years.

Tickets for the newly added concert go on sale at 12 p.m. on Jan. 10 at ticket reservation website Interpark.

Having debuted in the music scene in 2007, the 36-year-old singer instantly gained fame for his distinctive style. In early days of his career, the singer was often compared to Freddie Mercury, the late and former vocalist of British rock band Queen.

Upon debut, Mika had swept prestigious awards including British Breakthrough Act from the Brit Awards.

Having three platinum albums under his belt, Mika has numerous hits such as “Happy Ending,” “Big Girl” and “We Are Golden.”

The singer released his fifth full-length album “My Name Is Michael Holbrook” in October last year and has been on a world tour since November.