[CES 2020] Self-driving is just the start of auto revolution

[CES 2020] Self-driving is just the start of auto revolution 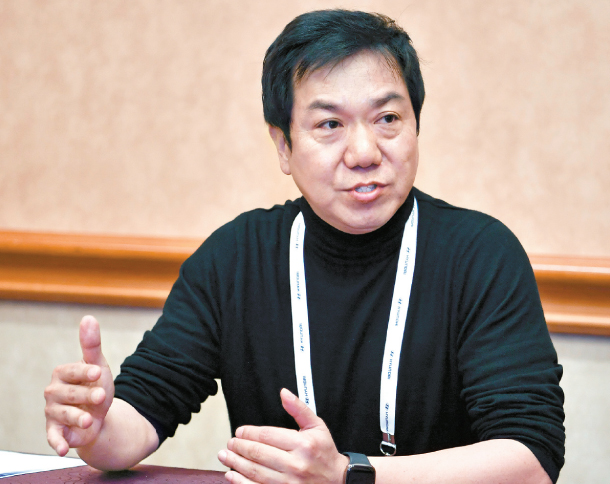 Purpose-built vehicles (PBV) are self-driving vehicles that look like capsules measuring 4 to 6 meters (13 to 19.7 feet).

They can be used for just about anything, as personal rooms, cafes, stores, cinemas and restaurants. Hubs are like stations where PBVs and personal air vehicles can park. PBVs can gather at a Hub to make it a complex of sorts.

“Cars at the moment are a means of transportation to move from one point to another. But as technology evolves toward driverless vehicles, the insides will transform from a cockpit to a living space,” said Lee during an interview with local reporters at the Mandalay Bay hotel in Las Vegas, Monday.

“The notion of owning a car may not disappear, but the idea of people moving more comfortably in shared vehicles or public transportation will expand in the future.”

According to Lee, PBVs will run at a maximum speed of 50 kilometers (31 miles) per hour and will be spacious enough for people to comfortably conduct daily activities inside. Responding to a reporter’s question that 50 kilometers per hour sounds too slow, he said that inside the city, PBVs moving faster than that wouldn’t be necessary, but for longer distances, there may be need for PBV-reserved roads.

His opinion is that if all vehicles - both above and on the ground - were to move in the same slow pace and have systems that automatically communicate with each other, cities would even be able to get rid of traffic lights.

Flexibility was a word that Lee frequently used to describe the system of PBVs and Hubs.

“We can only use a building as a shopping mall if it was built that way in the first place. But now we live in an age where we share space, like sharing kitchens. [Hubs] are flexible in a sense that they are defined according to who comes to them,” he said.

Commercialization of PBVs and Hubs, however, is unlikely to come in the near future. As for personal air solutions, they might come out by 2028, according to Hyundai Motor Group Executive Vice Chairman Euisun Chung.

“What’s important is the vision setting - from there we need to consider about production and ways of service,” Lee said.

“Inside that is also making regulations. Preparing is where we currently stand.”