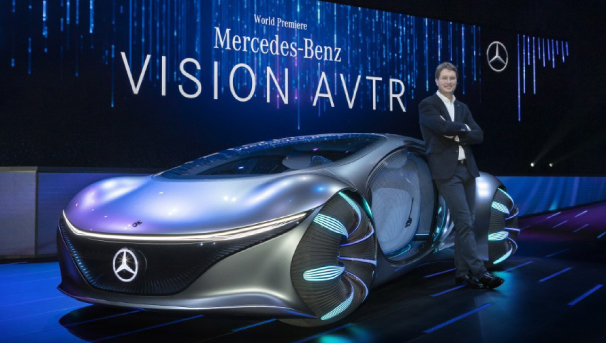 LAS VEGAS - Korea is no longer a market simply for sales, but also a place for technology partnerships, according to Mercedes-Benz’s Chairman Ola Kallenius.

Mercedes-Benz has partnerships in Korea “across the board” in terms of technology, from electrification to automation, he noted.

“The innovation power of Korean businesses is very strong, and we’re taking benefit from this. I met with them, actually today, and I would say we have a broad commitment to Korea beyond selling just cars,” he said at the Mercedes-Benz CES 2020 booth on Tuesday.

Kallenius credited the commitment as a reason for the brand’s popularity in Korea.

Mercedes-Benz has managed to maintain sales growth despite a general weakness in the imported car market in Korea. Last year, sales were up 10 percent for the German carmaker, while overall sales of imported cars slid 6 percent during the same period. It ranks as the No. 1 foreign car brand in Korea.

More generally, Mercedes-Benz is facing dramatic changes as the internal combustion engine loses favor. In November, parent company Daimler announced that Mercedes-Benz plans to save more than 1 billion euros ($1.1 billion) in personnel costs annually by the end of 2022.

Kallenius identified the shift into electric power as the biggest industrial change for the car industry and the company.

The transition requires huge investment, more than for internal combustible engines, that will continue to increase until manufacturers reach a certain level of tech development.

“We’re going to face financial pressure from this, certainly up until 2025 and probably beyond, but we will gradually move into a better position,” he said.

In that process, at least 10 percent of all management positions will have to go in the next three years.

According to Kallenius, in the past external partners had supplied software, but now with the sector being ever more important, the company has started to bring the function “gradually more in-house over the years.”

“We compete with these tech companies, and we’re not shy, but we cooperate with them as well,” he added.

“If you ask MBUX [Mercedes-Benz’s infotainment system] ‘find me a great hotel in Las Vegas,’ you will get the answers from TripAdvisor. It would be foolish to think we could develop from the ground up a TripAdvisor-like service - too costly. It does not make sense, and people would probably want TripAdvisor anyways.”

“So compete and cooperate. That’s the name of the game.”