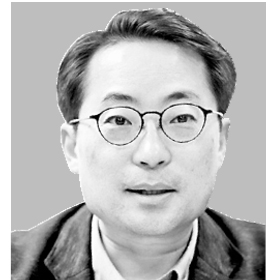 Seo Jung-kun
The author is a professor of political science at Kyung Hee University.

Historian Charles Beard realized that the United States was born with “free security.” It is less exposed to external aggression as it is surrounded by the Pacific and Atlantic Oceans. While European powers bordering one another had to focus on diplomatic strategies to maintain balance, the United States could be neutral. While the Democratic administration had to join World War II after Japan attacked Pearl Harbor, the Republican Party won the midterm election in 1946 with the slogan, “Had enough?” The foreign policy of the United States made a major turn after the Cold War began against Soviet communism.

In the global leadership era advocating liberalism and market economics, America’s non-interference tendency continues. Dwight Eisenhower warned of the risks of a military-industrial complex, and the Nixon doctrine stated that Asia’s security should be resolved in Asia. Jimmy Carter made an election promise to withdraw U.S. forces from Korea, and former President Barack Obama was elected by concentrating on domestic issues. U.S. President Donald Trump wants to “make America great again.” The roots of American politics and foreign policy prioritizing national interests over global issues are deep.

At the same time, the military policy and culture of the United States became extensive under the liberalist international order after World War II. This is the dilemma of U.S. foreign policy. The defense industry of the United States has expanded influence by connecting with the U.S. Congress internally and with allied forces internationally. Interestingly, militarism in the United States was led by a certain party — namely, the Republican Party. Nixon moved a large military base to the South, and Ronald Reagan, backed by the Protestants, added religious culture to militarism. George W. Bush had appealed to patriotism after the Sept. 11 attacks and added seats in both the Senate and the House in the midterm election. The Republican Party is close to military policy and culture.

But the Iraq War has failed, and a large-scale financial crisis occurred. Obama, a Democrat, killed Osama bin Laden, the mastermind of the Sept. 11 attacks, and rekindled economic recovery. Trump was pursuing withdrawal of U.S. forces from Iraq and Syria. This has to be a revival of non-interventionism. 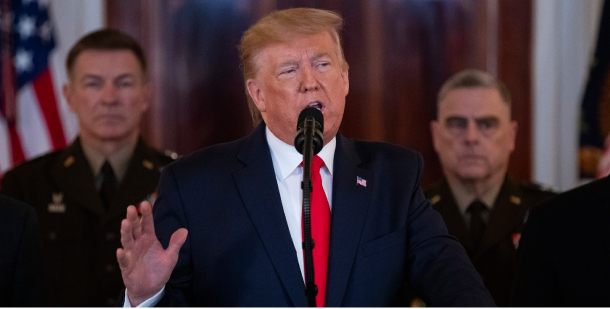 After the assassination of Iran’s top military commander Qassim Suleimani, uneasiness in the United States, Iran and the Middle East is escalating. It overshadowed, at least briefly, all other domestic political variables in the United States. Former National Security Advisor John Bolton said he would testify in the Senate, but Senate Majority Leader Mitch McConnell is ready to go on with an impeachment trial without witnesses. With less than a month before the Iowa Caucus, Democratic candidate Bernie Sanders is attacking former Vice President Joe Biden for supporting the Iraq War in 2002. Conservative media are raising doubts about Elizabeth Warren for referring to Suleimani as a high-level Iranian official rather than a terrorist.

In fact, having tasted the failure of the Iraq War, Americans are not eager to intervene in the Middle East over the Iranian issue. Nevertheless, voices of militarism will grow if a U.S. embassy or military base is attacked. A game changer would be an Iranian attack on Israel. Then, Protestants in the United States would rise up and give more solid support to Trump, and it would be hard for the U.S. media and the Democratic Party to oppose. Trump would be encouraged by the American political atmosphere of backing the president in a time of crisis.

As the United States is a country of elections, non-interventionism is the direction favored by voters in the post-Iraq War era. That’s the reason for Trump to push for a troop withdrawal from Syria despite opposition by hard-line Republicans. But the militarist culture of retaliating two or three times for every blow is still strong. The discord between isolationism and militarism is the dilemma in U.S. foreign policy.

In the year of a presidential election, it is hard to predict Trump’s choice. Perhaps, Trump has become the person who started an uncontrollable issue and is responsible for letting the situation flow in the direction nobody wants.