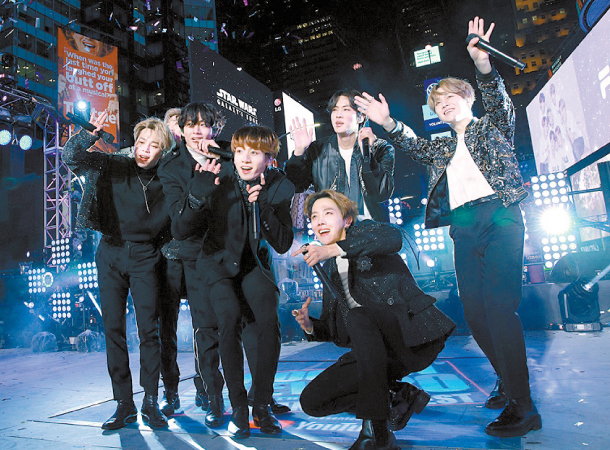 Awards were given based on the monthly, quarterly and annual charts.

“We want to express our thanks to all the people who love our music,” the group said through a video.

Other artists honored at the ceremony included singer Chungha for the Performance of the Year and her agency as the Album Producer of the Year; boy band Monsta X for the Hallyu [Korean wave] Star Award; and girl group ITZY and boy band Tomorrow X Together, who were both given the Rookie of the Year award.