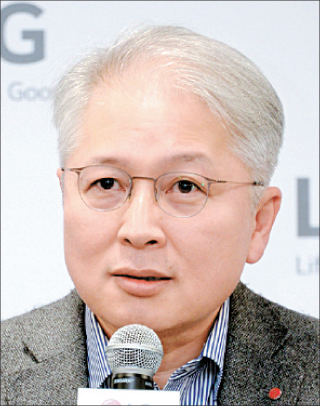 LG Electronics will be releasing a rollable TV as early as the first half and no later than the third quarter this year.

Kwon Bong-seok, the CEO of LG Electronics, said on Wednesday at CES in Las Vegas that the company has postponed the release of the rollable TV as it was busy meeting demands on organic light-emitting diode (OLED) products, and it wanted to make sure of its product to secure consumer confidence.

The Korean tech company introduced the world’s first rollable TV during CES in 2019, and the product was supposed to go on sale that same year.

Kwon, at his first press conference since being promoted to his current position two months ago, projected an increase in OLED display usage on devices such as smartphones and TVs.

“China’s Xiaomi is entering the OLED market,” Kwon said. He suggested that the entrance of the company could lead to higher demand for the products.

“LG Display’s production capacity at the Guangzhou plant will be normalized soon,” Kwon said. “I expect the era of 10 million units of OLED sales to come in the near future.”

The new president of LG Electronics pledged at the press conference to turn around the company’s smartphone and automotive electronics businesses and said they would be profitable by 2021.

LG’s smart phone division has been in the red for 19 consecutive quarters, while its automotive electronics business also has been struggling to meet expectations.

The lackluster smartphone business was seen as being behind the smaller-than-expected operating profit.

Details haven’t been released, but the market estimates the company’s mobile communication business, which includes smartphones, to have suffered a 250-billion-won operating loss. That compares with a 161.2-billion-won third quarter operating loss.

Kwon said the disappointing fourth quarter performance has nothing to do with the fundamental competitiveness of the company.

He said LG is still competitive in home appliances and TVs and argued that the losses were the result of excessive marketing expenses during the Black Friday sales and accounting practices where the annual costs are included in the fourth quarter report.