Feeling it at the pump

Feeling it at the pump 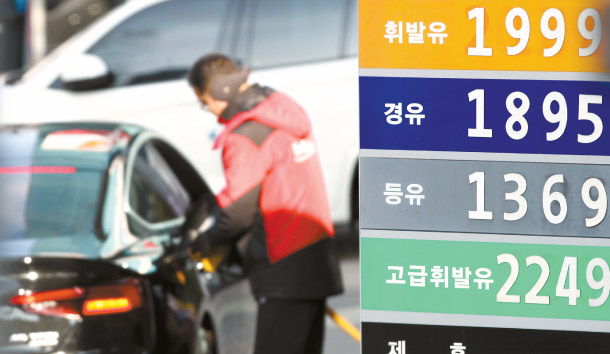 A gas station in Seoul sells gasoline for 1,999 won ($1.73) per liter on Sunday. Gas prices have been on the rise for the past eight weeks. Market experts predict the domestic gas price will keep climbing up as crude oil prices increase due to conflict between the United States and Iran. According to the Korea National Oil Corporation, the national average price of gasoline per liter increased by 6.4 won compared to one week earlier, to 1,565.1 won. [YONHAP]