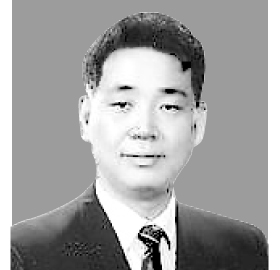 In Nam-sik
The author is a professor at Korea National Diplomatic Academy.

2020 started off on a violent note in the form of deadly tit-for-tat military attacks in the Middle East. Iran’s most powerful commander, Maj. Gen. Qassim Suleimani — leader of the Quds Force of the Islamic Revolutionary Guards Corps — was killed by a U.S. drone attack in Baghdad on Jan. 3. Vowing revenge, Iran blasted missiles towards an Iraqi military base hosting U.S. troops. A full-blown confrontation between the United States and Iran seemed inevitable.

U.S. President Donald Trump, however, suspended the showdown as there had no human casualties from the Iranian attack. Iran reportedly alerted its neighbor Iraq of its missile campaign, helping minimize the damage to American soldiers and facilities. Washington chose to toughen sanctions instead of going into a military retaliation.

Both sides claimed victories. Iran was satisfied with the results as it could show off its missile capabilities to the rest of the world. Meanwhile, Trump took down the most dangerous man in Iran and defeated Iranian rebels without big losses on his side. The decades-old enemies congratulated themselves as if they had cleverly choreographed to show their military muscles while avoiding a full-blown face-off. Both Washington and Teheran cannot afford another war in the Middle East.

But the cease-fire added more insecurity and uncertainty. Armed forces in the region backed by Iran could act anytime. Its centerpiece Quds Force is a unit of Iran’s Revolutionary Guards trained to carry out unconventional warfare and intelligence activities overseas. It manages Iran’s proxies in Iraq, Syria, Lebanon, Yemen and Palestine. The forces act out to expand Shia militias across the region. The organization wields immense political power as well as physical and human network.

The secretive force has been enraged by the killing of its leader of 22 years. Moreover, the assassination has rekindled anti-American sentiment across the region. The hardliners will gain the upper hand over the less belligerent groups. The hawks backed by public rage will likely dominate politics in Iran. 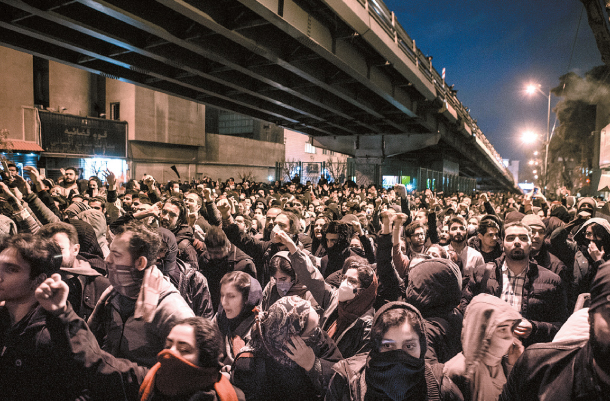 People attend a mourning ceremony for the victims of a Ukrainian plane crash in Tehran on Jan. 11, 2020. On Wednesday, a Ukrainian Boeing 737 passenger plane crashed near Tehran, killing all 176 people onboard. Amir Ali Hajizadeh, the aerospace commander of the Islamic Revolution Guards Corps (IRGC), said Saturday that the IRGC accepts responsibility for the crash. [XINHUA/YONHAP]

But tensions entered a new phase after the Islamic Revolutionary Guards admitted that their missiles “mistakenly” gunned down a Ukrainian jet that crashed after taking off from Tehran on Wednesday last week, killing all 176 people on board. The mood in the Iranian ordinary people has significantly changed. Public disgruntlement from the renewed sanctions and spikes in oil prices and inflation had triggered anti-government rallies. The killing of Soleimani briefly helped unite the people through anti-American sentiment. But the deadly downing of a civilian plane has once again divided the people.

Iran faces more unrest leading up to the general election next month. The centrists shaken by the breakup in the U.S.-led nuclear deal and the killing of its military leader could try to rebuild its political force after the plane crash. It remains uncertain whom the voters will choose.

The dizzying developments in Iran underscore the unpredictability of the region. Extra prudence is necessary when dealing with such an unpredictable state. It is hard to expect what will come tomorrow. Against such a conundrum, it is better to comply with international society and universal values instead of taking a side. It may look cowardly, but nevertheless can be safe for now.
Translation by the Korea JoongAng Daily staff.