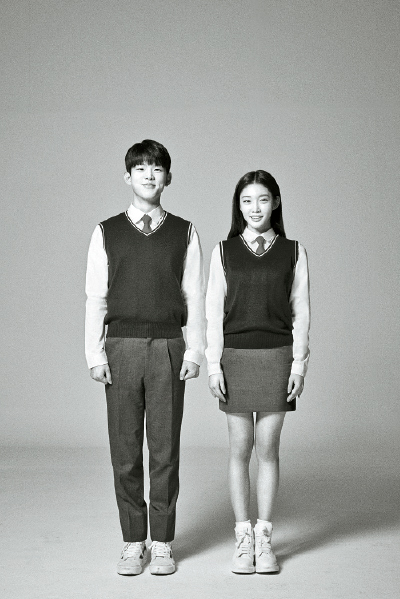 A collaboration project between singers Paul Kim and Chungha will drop this month, music distributor Kakao M said on Monday.

“Singer-songwriter Paul Kim and female solo artist Chungha will release their duet ‘Loveship’ on Jan. 21 at 6 p.m.,” the distributor said in a release that included an image of the two singers.

In the black-and-white photograph, the two singers are clad in school uniforms to conjure up a nostalgic mood. The R&B song, penned by Paul Kim, is about how two old friends ignore their feelings for each other for a long time but still love each other secretly.

Joseph K, who worked on Paul Kim’s past hits such as “Me After You” and “Traffic Light,” worked on “Loveship” as well.

“The two have been working with each other for months for this collaboration, and we hope it’s a delightful gift to fans,” Paul Kim’s agency Neuron Music said.