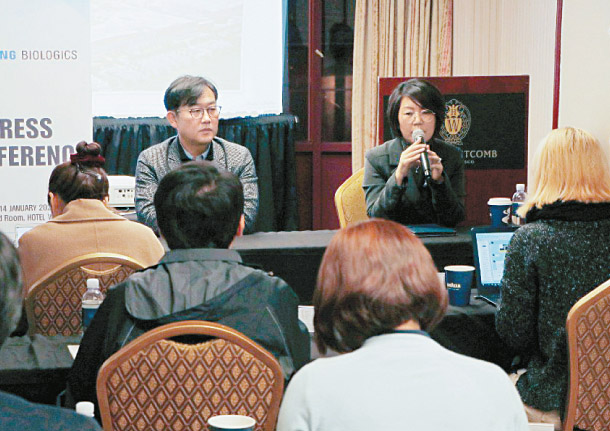 SAN FRANCISCO - Samsung BioLogics wants to be bigger than Samsung Electronics, the largest company in Korea.

It plans to achieve this by working closely with multinational pharmaceutical companies to develop and ultimately manufacture their products.

The company recognizes the drawbacks of life as a contract development organization (CDO). With the focus on speed and efficiency, and in using the technology of others, the margins may not be as high as in some of the more glamorous corners of the biopharm business. But the risk is low, and the work is steady. If done right, a CDO can build a steady market by attracting clients, retaining them and using that as a foundation on which to expand, eventually becoming a manufacturer of the products.

“Our motto is ‘competitive pricing,’ which means that we don’t try to make much money from CDO business, as our business structure is essentially to lock in development projects for clients with CDO and later take them with us for future contract manufacturing organization (CMO) opportunities,” said Yang Eun-young, head of the CDO business team at Samsung BioLogics on Monday, a day before the start of the J.P. Morgan Healthcare Conference, which is being held this week in San Francisco.

Yang added that providing a win for clients equals a win for the company, as satisfied customers will continue to work with the company as they start manufacturing the pharmaceuticals. By 2035, Samsung BioLogics wants to have half its CMO clients sourced from its CDO business.

CDO is relatively a new specialty for Samsung BioLogics, which made a name for itself with a strong CMO offering. Since opening in 2011, the company has focused on building bio manufacturing plants equipped with the latest technological gadgets to meet large contract production volumes for its clients. The company ultimately envisions being an end-to-end solution provider.

Yang believes that Samsung BioLogics became the world No. 1 in terms of CMO capacity in 2016. Since then, the company has been working to get involved earlier in the process. As a CDO, it helps with development and produces enough of a product to be used in clinical trials and for other early-stage purposes. 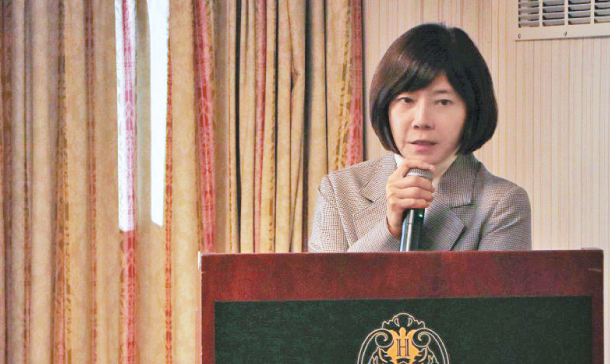 By the end of last year, 47 products researched, developed and manufactured at Samsung BioLogics have gained approvals from health regulators around the world, 27 of them in 2019 alone. And at the same time, Samsung BioLogics conducted more than 45 CDO projects, even though that business is just two and a half years old.

“In the field of CDO, quality and speed are incredibly important, which Samsung BioLogics can tackle at the same time,” Yang said.

Samsung BioLogics says that the initial timeline for the drug development process - from the very first cell line development to filing an application to start clinical trials - is around 14.5 months, compared with 18 months for its CDO competitors.

“A month or two gap in terms of development can be critical, as others could surpass the progress and take the lead,” Yang said, adding that the company always creates sample products for its clients on a regular basis to ensure its timeline remains intact.

The company now wants to outdo itself, shortening the timeline to nine months.

Applying the latest technologies helped the company achieve success in terms of the number of projects, Yang says. Unlike some global CDO competitors, her team uses Beacon platform technology from Emeryville, California’s Berkeley Lights, which can automate the cell development process to save time and lower costs.

And as the company continues excelling in the CDO and CMO businesses, Samsung BioLogics sees itself as an important part of the Korean biopharmaceutical industry, which the government considers as one of the major future growth engines for the country.

Although it hopes to attract more CDO projects from foreign clients, Samsung BioLogics remains weighted toward requests from local clients and vows continue favoring them until it has enough capacity to fill all orders.

Samsung BioLogics believes that Korean biotech start-ups can benefit from utilizing its faster and better CDO then move onto potential CMO agreements.

Seoul’s GI Innovation is one such local company.

The start-up, which was founded in 2017, is experimenting with protein drugs for the development of new therapies.

It says its ongoing partnership with Samsung BioLogics, which started in 2018, has aided in the company in generating interest.

“No matter how good the design is, if a drug can’t be produced, there’s no use,” said GI Innovation CEO Nam Su-youn on Monday. “When I met potential multinational partners, they were delighted to hear that we were having Samsung BioLogics produce our stuff.

“Some of them made purchase decisions after seeing Samsung BioLogics’ technological capability.”

GI Innovation is hoping to discuss technology export agreements and make regional sales deals in the course of discussions at the J.P. Morgan Conference.

And if everything goes well, the company will list on the Kosdaq next year.

“No matter how complicated our requests were, they made sure we got everything right on time with relentless efforts,” Nam added. “I believe the relationship between us and Samsung BioLogics is a good example of co-growth between large-size corporations and start-ups.”