“Parasite” is nominated for six Oscars

“Parasite” is nominated for six Oscars 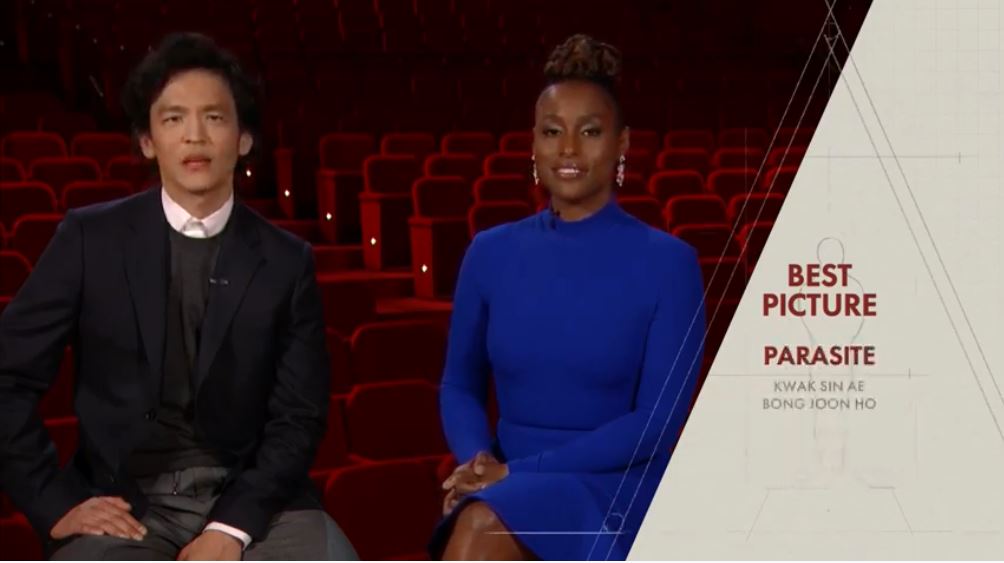 Actor/producers John Cho, left, and Issa Rae announce “Parasite” as one of the nominees for Best Picture at the 92nd Academy Awards. [SCREEN CAPTURE]

Continuing its history-making run, “Parasite” has been nominated for six Oscars, the Academy of Motion Picture Arts and Sciences revealed on Monday evening.

The six nominations are the first from the Academy for a Korean film. The movie is nominated in the Production Design, Best International Feature Film, Film Editing, Original Screenplay, Directing and Best Picture categories.

The nominations were announced live from the Samuel Goldwyn Theater in Beverly Hills, California, and were presented by actor/producers John Cho and Issa Rae.

Academy members cast their votes between Jan. 2 to 7.

The film was shortlisted for the Best International Feature Film category, formerly known as the Best Foreign Language Film, on Dec. 17, 2019.

The nominations are a major breakthrough in Korean cinematic history and surpasses the achievement set last year by director Lee Chang-dong’s “Burning,” which was the first local film to make the shortlist for the foreign language film category at the Academy Awards.

Voting for the awards begins on Jan.30 and closes on Feb.4.

The 92nd Academy Awards will be held at the Dolby Theatre in Los Angeles, on Feb. 9.