Left: Lotte Department Store’s premium gift package with truffles and a truffle slicer. Right: Apples and pears from Hyundai Department Store that are wrapped in paper, instead of the usual plastic. [LOTTE SHOPPING, HYUNDAI DEPARTMENT STORE]

They have gifts that are expensive - at the department stores - and cheap - at the discount marts. Even the convenience stores are getting in on the act, with luxury gifts for single-person households.

Aiming for the high end of the market, Lotte Department Store is offering truffles. Its gift set, costing 580,000 won ($500), includes 120 grams (4.2 ounces) of truffles and a truffle slicer.

Truffles have become popular in Korea after a number of celebrities demonstrated cooking using truffles in various forms, including truffle oil. 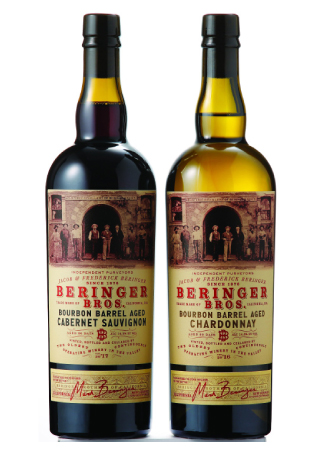 Lotte said that truffle oil, salt and sauce have become better known because of media exposure, and as a result the retailer has developed a gift for people looking for something unique to give over the holiday.

Shinsegae Department Store is teaming up with restaurants to create competitive offerings.

The department store is working with Woo Tender in southern Seoul to offer 2 kilograms (4.4 pounds) of high-quality Korean beef for 530,000 won. Shinsegae has teamed up with Gebangsikdang, which is listed in the 2020 Michelin guide and is also in southern Seoul, to market soy-sauce-marinated crabs. They cost 290,000 won for 2.8 kilograms.

According to Shinsegae, gifts offered in cooperation with a restaurant sell better than those without that sort of co-marketing.

Convenience stores are selling luxury items to ride the invest-in-oneself trend that is sweeping the country.

GS25 is offering luxury items too, like a Hermes bracelet with a 870,000-won price tag and Bottega Veneta Intrecciato key rings that cost 260,000 won each.

The convenience store chain said that it is targeting single-person households and people looking for premium products.

In line with the go green trend, Hyundai Department Store switched the packaging of fruits to paper from plastic. A paper box made of sugarcane fiber being used takes less than three months to degrade.

Lotte Department Store released environmentally-friendly vintage wines that have been fermented with natural yeast. M. Chapoutier Gigondas and Vacqueyras from France are among the wines on offer.

The Lunar New Year holiday this year runs from Jan. 24 through Jan. 27.