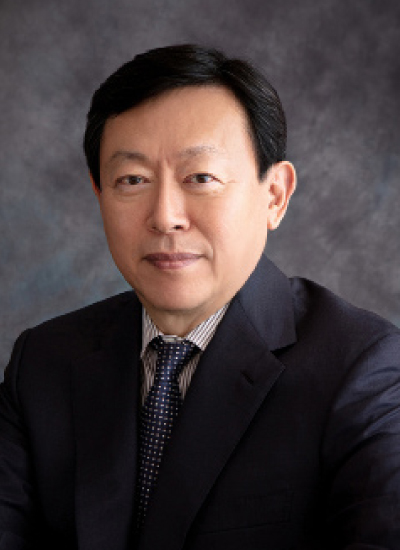 Lotte Group Chairman Shin Dong-bin continues to shake things up, stressing at the group’s biannual meeting of top executives the need to be game changers by breaking with past practices.

Shin questioned the current competitiveness of Lotte companies, including Lotte Shopping and Lotte Chemical, and urged employees to make improvements instead of being satisfied with the status quo.

“In the age when things change rapidly, the past methods adopted to succeed no longer work,” said Shin at the “Value Creation Meeting” held in Jamsil, southern Seoul, Wednesday. “We should become the game changer by creating new market models, throwing away the established strategies used to succeed and overcome challenges.”

The biannual meeting, held to discuss the group’s purpose and strategies, was attended by heads of Lotte business units, presidents and executives. It was the first meeting with new executives since Lotte announced a major personnel reshuffle last month.

While noting the outlook for sluggish growth globally, conflicts among countries, low birth rates and the aging society, Shin said, “The current situations are completely different from the currency crisis and the global financial crisis we overcame in the past. In the age when low growth has become the new normal, it will be difficult for a company to survive if they don’t respond properly to changes, not to mention achieve sustainable growth.”

“To make changes, establishing a flexible organization that enables active communications among employees and a strong will for transformation are crucial,” said Shin. But they are currently not at a satisfying level, according to Shin.

Shin further urged the meeting attendees to continue with digital transformation and boldly make investments for the future.

The year will be an important one for the chairman.

The Supreme Court in October upheld Shin’s suspended sentence that was handed down earlier by an appeals court, allowing the leader to remain free. In 2015, Shin was embroiled in a high-profile battle with his older brother over control of Korea’s fifth-largest conglomerate. During those years, Lotte was somewhat slow in announcing future business plans and massive investment deals compared to other local chaebol.

Shin is expected to undertake management and international activities more aggressively as the risk of jail time has been lifted, according to a spokesperson for Lotte Corp.

Chairman of SK Group and Doosan Group also spent time with the newly employed to deliver their group philosophies this week.

“To pursue happiness, you need to extract measure and design data on where you spend time, money and efforts,” Chey told employees.

The SK Group chairman annually meets with new hires to explain the group philosophy. Compared to previous years, SK cut down the formalities in an attempt to become more approachable. It narrowed the distance between the stage and the seats. Chey and SK affiliate presidents, including Park Jung-ho from SK Telecom, also wore casual clothes.

Doosan Group traditionally sponsors a musical event for employees and their families. The concert used to be centered on classic music but has recently expanded to include pop music popular among younger people. This year, singers Ailee and Kim Tae-woo attended.