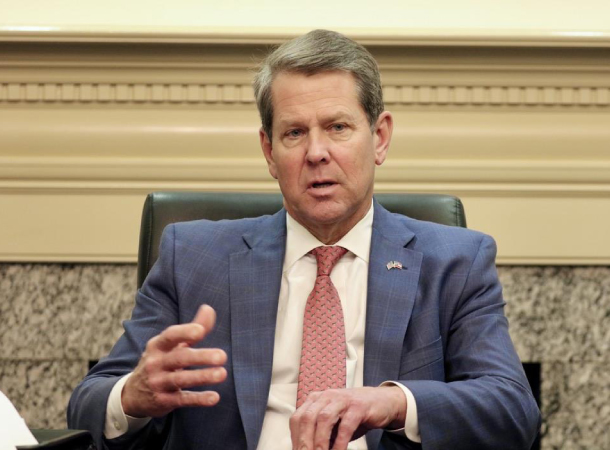 The comments were made during an interview with Korean reporters earlier this week.

Korea’s third-largest battery maker broke ground for a massive electric vehicle (EV) battery plant in Jackson County, Georgia, in March 2019. The investment totaled 1.9 trillion won ($1.6 billion) and is expected to create more than 2,000 jobs in the region. Mass production is slated to start in early 2022.

“The impact has certainly been enormous for our state. It’s the largest foreign investment we had in the history of our state, which speaks a lot when you look at some of the other deals we have done over the years,” Kemp told reporters on Monday.

“I talk about that all over the state about how this project and this investment is going to be the game changer for the northeast Georgia region.”

SK Innovation’s Georgia plant already has a deal to supply to Volkswagen’s Chattanooga plant in Tennessee.

The decision to locate its first U.S. EV production line in Georgia was in part based on the fiscal benefits and job training programs in which the state promised to train the workforce in EV battery production.

“With the SK project, the local community came together with their commitment at a local level, which made it lot easier at the state level to partner with them to do other different incentives to get the company to come to Georgia,” said the governor.

Kemp added he sees the opportunity for more cooperation with the Korean company.

“I will say to the state and myself we are very aware of upside and the market for electric vehicles and batteries - so we know that we are not just partnering with SK today; we look forward to doing that in the future,” he said.

At CES 2020, SK Innovation CEO Kim Jun told Reuters that the company is planning to build a second EV battery plant in Georgia at the same site where its first factory is under construction. The second production line could have a capacity equivalent to 10 gigawatt-hours, he added. This is larger than the first plant’s capacity of 9.8 gigawatt-hours and would require a $1 billion investment, an unnamed source told Reuters.

SK Innovation confirmed in a Thursday statement that it is indeed considering additional investment to the U.S. EV battery plant this year, which will be “as big as the first investment.” It added that behind the consideration was SK’s win of another deal to supply EV batteries in the United States, although it did not specify which. Georgia and neighboring southeast U.S. states are homes to a list of carmakers, including BMW, Daimler and Hyundai Motor.