SUVs in the lead

SUVs in the lead 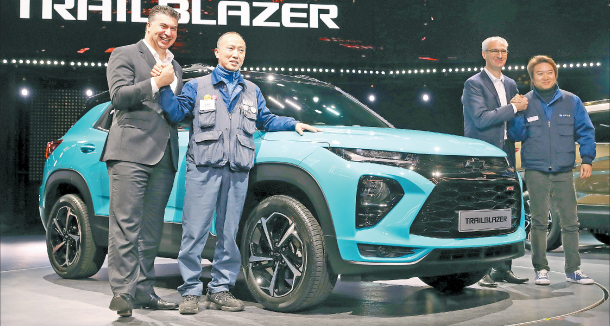 GM Korea CEO Kaher Kazem, far left, and other company executives pose on stage with the Trailblazer SUV during its launch event at Paradise City hotel in Incheon, Thursday. The Trailblazer comes in two versions, one topped with a 1.2-liter gasoline e-turbo engine and another with a 1.35-liter gasoline e-turbo engine. It is priced between 20 million and 26 million won ($17,200-$22,400). With the addition of the Trailblazer, SUVs and recreational vehicles account for 60 percent of the company’s Chevrolet lineup. GM Korea plans to increase the ratio to 70 percent to meet a rising demand for SUVs, Kazem said during the event. [YONHAP]