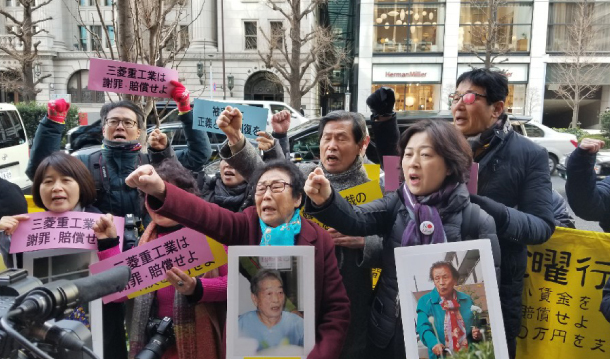 Yang Geum-deok, center, an elderly victim of forced labor during Japanese colonial rule, is pictured outside Mitsubishi headquarters in Marunouchi, Tokyo, on Friday before her first face-to-face talks with Mitsubishi Heavy Industries officials since the Korean Supreme Court ordered the Japanese company to compensate forced labor victims including Yang in November 2018. Korean and Japanese civic activists staged a protest in front of Japan’s Foreign Ministry the same day, calling for an apology from the Japanese government. [YOON SEOL-YOUNG]