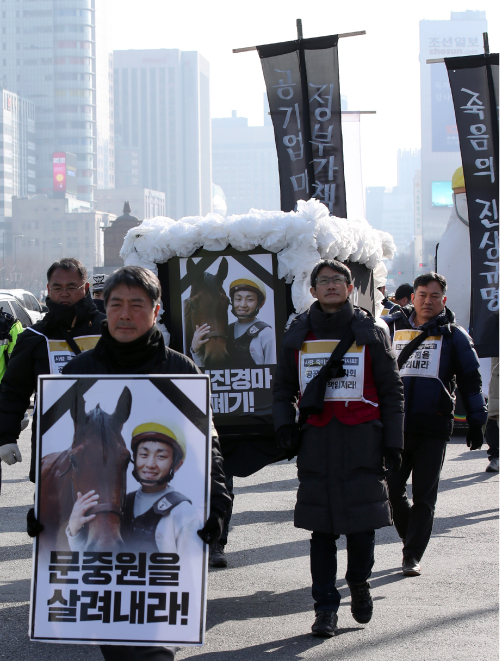 Family members and civic activists march down Sejongno, central Seoul, toward the Blue House Friday, calling for justice for late jockey Moon Jung-won who died by suicide on Nov. 29 last year. Activists have protested the Korea Racing Authority’s alleged irregularities in management following the death of Moon, 40, who worked at the Busan-Gyeongnam racetrack, where several other jockeys have committed suicide in the past decade.[YONHAP]