The U.S. State Department said Washington expects every member of the United Nations to abide by North Korean sanctions, apparently objecting to remarks by South Korean President Moon Jae-in that he could use inter-Korean projects to “broaden international support” for a partial sanctions exemption for Pyongyang.

In an interview with the JoongAng Ilbo last Friday in Washington, U.S. State Department Spokesperson Morgan Ortagus said it was crucial for all UN members to abide by UN sanctions when asked about Moon’s recent remarks to possibly allow individual tourism to the North. 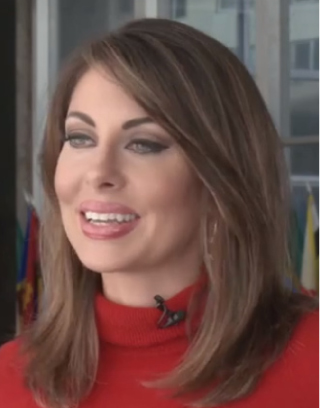 When the reporter pointed out that individual tours to the North are not subject to current sanctions, Ortagus, without clearly mentioning anything about Moon’s idea, stressed that the Donald Trump administration was hopeful Trump’s special relationship with North Korean leader Kim Jong-un would lead to a “diplomatic breakthrough.”

Asked about recent controversial remarks by U.S. Ambassador to Seoul Harry Harris, Ortagus replied that Harris was one of the “greatest” American ambassadors in the world and that it was more important for Seoul and Washington to focus on bilateral ties than the envoy’s comments.

“Ambassador Harris has the confidence of Secretary Pompeo,” she said, referring to U.S. Secretary of State Mike Pompeo. “We think he is one of the greatest ambassadors that we have around the world.”

On recent reports that the United States is asking for a 500 percent hike in South Korea’s share for the upkeep of American troops here, the spokesperson stressed that Americans had sacrificed their lives for South Koreans.

She continued, “We’re willing to die for you.”

In a separate interview with KBS aired Saturday, Ortagus said Washington remained steadfast in believing that sanctions on the North should remain in place until there’s “a mutually agreeable outcome.”

Instead of recalling America’s participation in the 1950-53 Korean War when asked about the 500 percent increase on cost sharing, Ortagus said the United States needed its “friends and allies to step up” so that the United States can “continue to lead the world.”

That sentiment was echoed in another response Ortagus gave when asked what role the Trump administration wanted Seoul to play in the Strait of Hormuz.

“We welcome any effort for any of our friends and allies to help us deter Iran from any other military aggression in the region,” she responded.

Last Tuesday during an annual New Year’s conference at the Blue House with reporters from local and foreign press, Moon said Seoul and Washington need to come up with “a new idea” to break through the stalemate in denuclearization talks when a reporter inquired whether his government would wait for the lifting of international sanctions to engage with the North and carry out joint projects.

Moon said if Seoul engages with Pyongyang “without relying” on progress in denuclearization talks, such as allowing South Koreans’ individual tours to the North, such a conciliatory move may accelerate dialogue between North Korea and the United States, “and if necessary, broaden international support of some sort on the acknowledgement of partial exemptions of sanctions against the North.”

Harris, however, told foreign correspondents in Seoul last Thursday that it would be better to run the tourism idea through a bilateral working group set up by the South and the United States in 2018 to iron out differences on North Korea policy, saying “things should be done in consultation with the United States.”

The Blue House immediately fired back, saying Harris’s remarks about Moon’s proposal were “highly inappropriate” and that inter-Korean cooperation “is a matter to be decided by the [South Korean] government.”