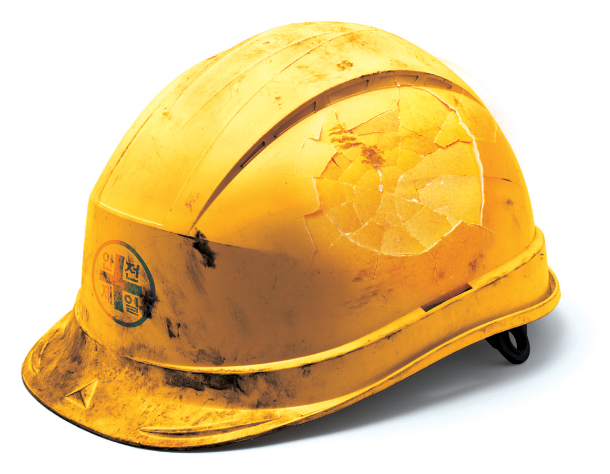 More than a year after 24-year-old temporary worker Kim Yong-kyun was killed when he was crushed by a steel conveyer belt at a Korea Western Power’s power plant, a revision to the Occupational Safety and Health Act, which was amended after Kim’s death, finally came into effect.

In the time it took to enforce the law, more than 850 people were killed at their workplaces due to safety issues.

In September 2019, a worker at a production factory in Damyang County, South Jeolla, was killed in the same way as Kim was. The victim, who was inspecting and fixing a conveyor belt, died after his right arm was pulled into it. He was working alone with no safety guards or protective covers.

On Dec. 21, a 52-year-old worker at a resort in Pocheon, Gyeonggi, was also killed due to poor management of safety equipment. The man was working in an elevator of the resort that was about two stories high when he lost his balance and fell 15 meters (49 feet). It was later found that a safety manager was absent from work at the time and that the victim wasn’t wearing a helmet.

Of the 855 people who died due to workplace accidents in 2019, about half of them, or around 430, were killed at construction sites. The deaths were mostly caused by falls or by being struck by objects. Although basic safety equipment can save lots of people from deaths, many construction companies are dangerously ill-equipped in a bid to reduce construction costs.

Ko Min-seok, an official from the Korea Occupational Safety and Health Agency, made an unannounced inspection at a construction site in Incheon in the early morning of Jan. 6.

The Korea Occupational Safety and Health Agency made unannounced inspections at construction sites in Incheon and Seoul on Jan. 6. All of them were dangerously ill-equipped in a bid to reduce construction costs. From left: stairs had no banisters; no safety net was installed in external walls of the building; workers weren’t wearing safety helmets while they were working at a construction site. [CHOI JEONG-DONG]

The site was full of trash, nails and discarded building materials. The stairs had no banister, and it was so dark that a flashlight was needed to get down to the second basement floor.

At another construction site in eastern Seoul, debris netting, which is used to prevent workers and building materials from falling down, had only been installed to the third floor of the 10-story building.

The manager of workers’ overall safety at another construction site in Gangbuk District, northern Seoul, said, “Safety training and an improvement in work conditions are no help at all. The workers’ changes in attitudes are more important than anything in construction sites.”

Under the revised Occupational Safety and Health Act, private contractors are responsible for safety accidents that were caused by construction equipment. However, a revision of the enforcement decree of the act limits what actually warrants as construction equipment to just three pieces of equipment - tower cranes, construction lifts and pile driving machines. The equipment that causes more than 20 percent of accidents - backhoes, forklift trucks and dump trucks - are not included in the enforcement decree.

“Security of a person is a basic fundamental right for all people,” Lee Jae-kap, the minister of the employment and labor, said. “I feel sorry for all who lost their lives at their workplaces.”

In comparison with other developed countries, Korea is in a very serious situation regarding occupational safety. The number of workers who were killed in workplaces in Korea last year is about nine times that of other countries such as the Netherlands, Germany, Norway and Australia.

“It’s a matter of national pride that workers’ security is not guaranteed by the belonging country,” Cho Joon-mo, economics professor at Sungkyunkwan University, central Seoul, said. “The government and workers, and companies as well, should realize that occupational safety is the driving force behind the development of the country.”