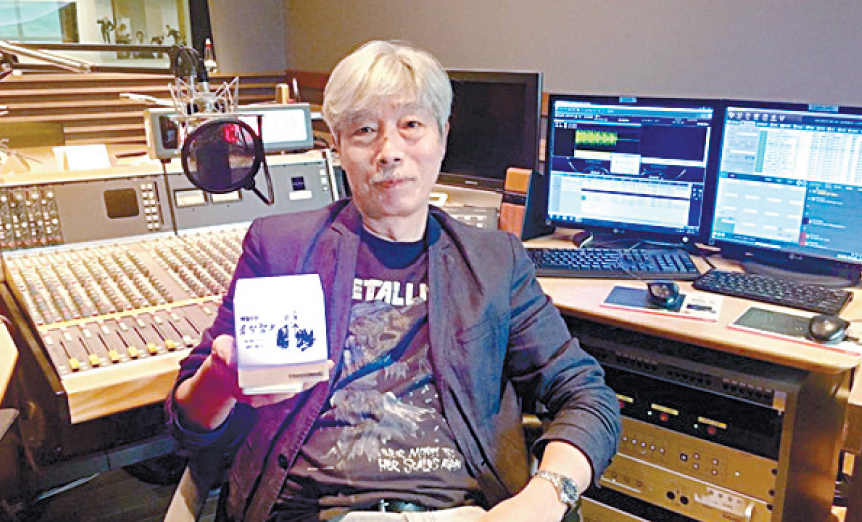 The popular daily live music show on MBC radio, hosted by Bae Chul-soo since 1990, will be going live at the BBC headquarters in Britain from Feb. 17 to 21.

The show organizers told the press that the special program series “Live at the BBC” was planned to commemorate the 30th anniversary of the show and will involve some British pop artists as well.

While the show will be broadcast live from the Maida Vale Studios in London, the host and the guests are likely use both Korean and English and will be “geared for the Korean listeners back in Korea,” according to the MBC global communications office.

The show is the first Korean radio show to be recorded live at the BBC studio.

BBC has opened its studio for the live recording of the Korean show given its “long history and value as a radio show,” according to MBC.

The show, known in Korea as “Bae Chul-soo’s Music Camp,” has been live every evening from 6 p.m. to 8 p.m. and is one of the oldest radio shows in Korea. Bae has been the host all throughout the show’s history.

The show has had 280 artists from abroad as guests, including Rihanna, Adele and Lady Gaga recently, as well as Ian Gillan of Deep Purple, Michael Bolton, Linkin Park, Will Smith and Jason Mraz.

The special BBC broadcast will also air from 6 p.m. to 8 p.m.

Bae is also to host a TV show on MBC, “Bae Chul-soo Jam,” starting Feb. 3, where he leads discussions with various musicians and artists and hosts live performances as well.

The program will air for the first time at 9:50 p.m. on Feb. 3 and will be co-hosted with Lee Hyun-yi, a model who has hosted several shows including JTBC program “Inside Story Salon.”