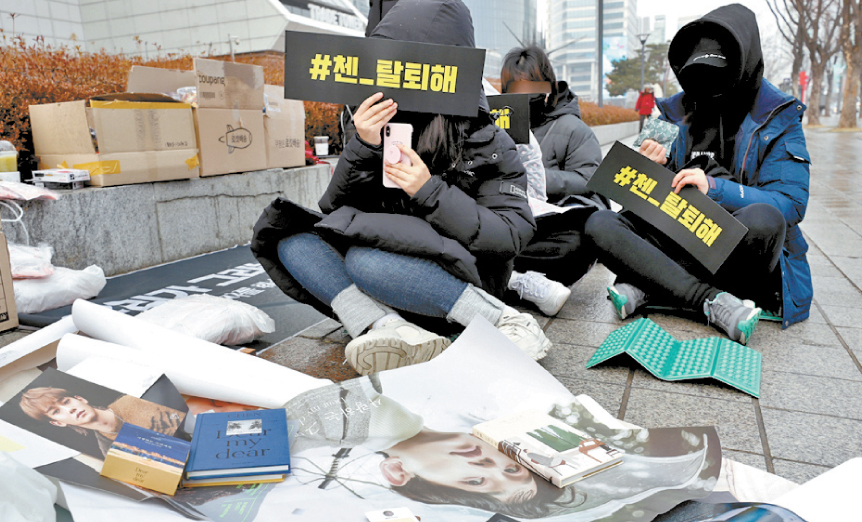 Fans of the boy band Exo expressed both outrage and support over the weekend, following news that one of the band’s members is getting married.

Chen made the announcement public on Jan. 13, adding that the couple is expecting a child.

“I will do my best in my place and return the love you gave me,” he said through a handwritten letter.

Fans held up Chen-related merchandise along with placards demanding that he quit.

“Chen has severely damaged the reputation of Exo that the band has worked so hard to build over the last nine years due to his selfish choice,” fans said.

It will cause substantially more damage to Exo’s image if he decides to remain in the band as a father of a child, according to the protesters.

Many online fans, however, voiced their continued support for Chen, stating that his private life should not affect his profession as a singer.

“Fans are people who like the musician, and all musicians have to do is to make music for the fans and people,” culture critic Ha Jae-keun said.

“There’s no need for them to have their private lives approved by the fans. K-pop will progress to a higher level if fans focus on the musician’s music and support them for that.”