Base effect: A double-edged sword

Base effect: A double-edged sword 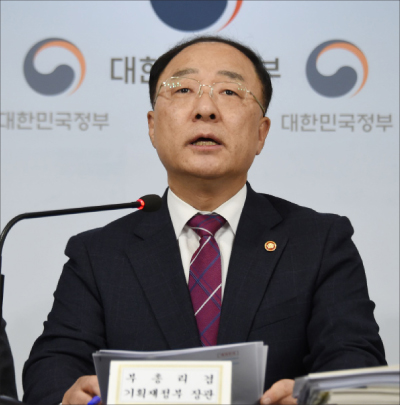 HA HYUN-OCK
The author is a welfare and administration team head of the JoongAng Ilbo.

An economic growth rate of 6.5 percent may seem like one that belongs to China. But actually, it is the growth of Korea in 2010. It was the highest in eight years since the economy reached 7.4 percent in 2002. That is an unimaginable number, considering how people worried that the growth rate could fall as low as 1 percent last year.

Was 2010 the best year for the Korean economy? If you look at the details, it is a different story. The growth rate that year slowed down for three consecutive quarters until the fourth quarter. The answer can be found from the numbers in the previous year. As a result of the global financial crisis in 2007-08, our growth rose just 0.7 percent in 2009 from the same period in the previous year — the lowest growth rate in 11 years. Thus the margin of growth in 2010 appeared larger by comparison.

The “base effect” refers to how an economic indicator can be exaggerated from the economy’s true state, depending on the corresponding period. It’s an illusion, depending on which years you choose to compare. Numbers don’t lie, but interpretations can differ depending on the method and intent.

Last year’s employment indicator offers a good example. In 2019, the number of new employees grew by 301,000 compared to the previous year. Deputy Prime Minister for Economic Affairs Hong Nam-ki said that the government’s jobs-oriented policies showed visible results and successfully made a V-shaped rebound. But he failed to mention the base effect, wherein the number of increase in new employment actually stood at a mere 97,000.

Cherry-picking for self-praise continues. The government only highlighted the 377,000 jobs created for seniors over age 60. Instead, people’s concerns about the biggest decrease — as many as 162,000 — in 28 years for the number of employment for the people in their 40s failed to elicit a mention.

The base effect is a double-edged sword. It could be a gift or a boomerang for the reverse-base effect. Worries about this year’s employment indicators are deepening due to sluggish job creation. Of course, the government could increase its spending to create even more jobs and overcome the apparent side effects of the base effect.

The mountain looks high because the valley is deep, but I am worried that the essence is neglected and only favorable parts are highlighted.