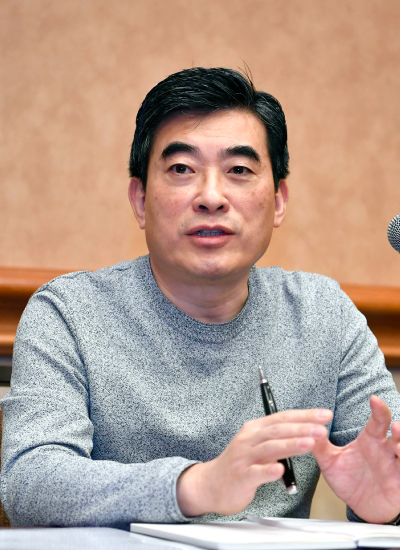 LAS VEGAS - It might take a couple more decades, but Shin Jai-won foresees a day in which flying cars are as ubiquitous as today’s smartphones.

“Smartphones with price tags of more than 1 million won ($862) has become a common item used by consumers of all ages from children to adults. This shows how new technology can truly transform our lives,” said Shin, a former NASA researcher who now leads Hyundai Motor’s urban air mobility (UAM) division. “Traffic problems will only become more aggravated in the future, so needless to say, there is demand. The market will surely open up; we just don’t know when.”

Shin was speaking at the CES 2020 trade show held earlier this month in Las Vegas, where Hyundai Motor showcased a personal air vehicle that it hopes will roam the skies of future cities and free commuters from the agony of on-ground traffic congestion.

With emerging technology like self-driving cars still on its way to realizing full commercialization, the dream of flying vehicles can sound unimaginable.

Shin predicts that an “inflection point” will come around year 2035.

“Around then, technologies in autonomous driving and battery technology will have reached a certain point. Combined with deregulation efforts, that’s about the time I expect to see big demand boosts,” he explained.

After joining NASA in 1989, Shin made his way up to headquarters to manage the agency’s aeronautics research and strategic directions, including air vehicle concepts, for 11 years. NASA was the one that introduced the concept of UAM and personal air vehicles (PAVs) in the first place.

Shin returned to Korea last year and was appointed to head Hyundai’s new UAM division in September, with a team of around 30 people largely divided into tech research and development and business development.

Below is an edited excerpt of his Jan. 9 interview with Korean reporters at the annual trade show. 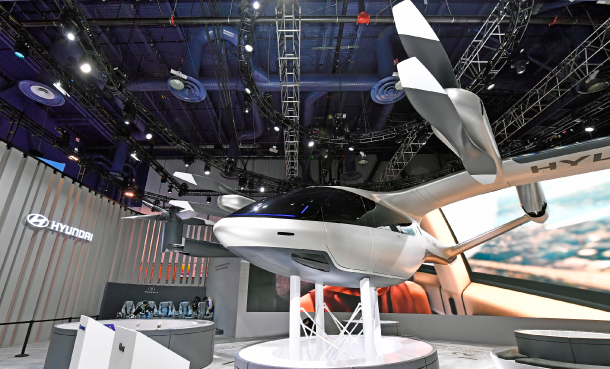 Q. You worked in NASA for almost three decades. Aircraft in the sky and vehicles running on the ground are very different realms. How do you plan to bridge this gap?

A. Today we’re seeing barriers break down between industries - such is the case with aerospace and cars. In the 20th century, companies succeeded by walking the one single lane they’re good at, but in the 21st century the big question is how you use big data and data analysis or combine with other industries to create technology that truly benefits humanity.

There are several reasons why I believe Hyundai has a chance in the UAM business. No matter how well you design a UAM aircraft, it won’t mean anything if it can’t reach mass production.

Once UAM is commercialized there will be a huge market that requires big [production] volumes. This demand won’t be met by producing them as traditional airplane manufacturers do today. In this respect, Hyundai’s mass production capacity is a huge advantage.

We’re also seeing more technology shared by aircraft and vehicles. Electrification or navigation and monitoring using big data are growing fields in both industries. UAM is an area that can be sought out by companies on both sides. Self-driving and electrification technologies are a must - this is another reason why carmakers can have as much potential.

Can you give us a rough commercialization date for personal air vehicles?

It’s hard to pinpoint at the current stage, but the industry standard is the timeline suggested by Uber. The company said it would start offering aircraft ride services in 2023. But by then it will have to come with a human pilot, and it is unlikely to be bigger than a test run.

By 2030, there would be new rules; the air vehicles will come with better functions, and I think by then, the public acceptance would also be much higher. If self-driving and battery technologies are highly developed, by 2035 there should be an inflection point. Tech advances and deregulation efforts would boost demand in turn. Morgan Stanley’s analysis is that autonomous urban aircraft could create a $1.5 trillion market by 2040.

How big is Hyundai’s UAM division and how would you compare it to other companies exploring the business field?

We’re currently a team of 30, but we need more. We also have to set up a research center in the United States so the organization is still in the making.

Compared to our competitors, our team is very small. There are a lot of start-ups in this technology field - according to one report I read, more than 150 worldwide, some of them [having] as many as several hundred staff.

But the essence is not in the numbers; it’s in the capabilities that Hyundai has. The company has high-quality mass production technology that ensures safety and allows for cost cutting. For electrification, we need a wide range of technologies from the power train system to batteries - this can be supplied by affiliate parts maker Hyundai Mobis. The all-round capacity is something that start-ups don’t have.

I imagine the commercialization of PAVs would require discussions with the government, in terms of support and regulations.

Speaking of drones in the United States, for example, merely five to six years ago, nobody cared about drones. Then suddenly the industry emerged and U.S. government offices and NASA put a lot of research effort into developing navigation technology. Now drones are almost fully commercialized in the United States.

The essence of developing such air devices is the testing - a must for safety. For tests, we need space. We also need a new testing system. But we have to note that deregulation is not the only solution. A consideration on ways to modify the existing rules and complementing it should come first. After all old regulations are there because they were necessary in the first place. There should be comprehensive reviews of how to revise regulations and what effects those would have.