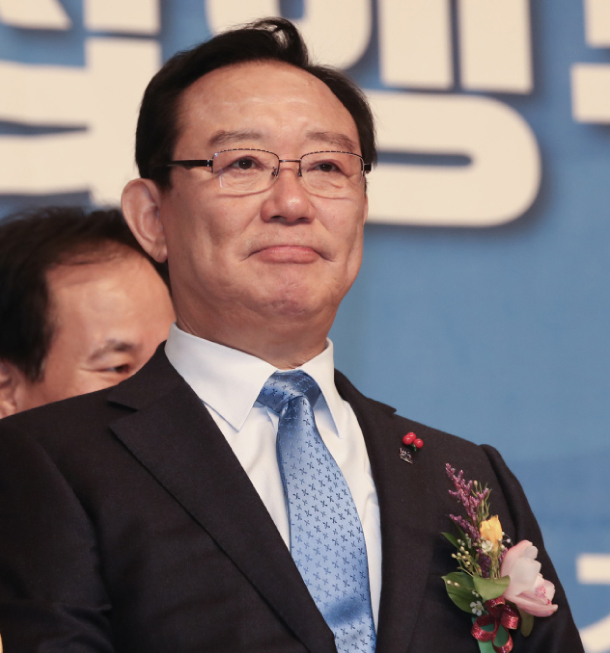 Song, 71, arrived at the Seoul Central District Prosecutors’ Office in Seocho District, southern Seoul, at around 10 a.m. as a suspect, marking the first time he’s ever been summoned in the months-long probe of alleged election meddling.

Prosecutors believe aides to President Moon Jae-in helped Song and his campaign team to win the election in June 2018 by pressuring police to investigate Song’s rival, former Ulsan Mayor Kim Gi-hyeon, on possible corruption just three months before the race in order to sway public opinion. Song, at the time, was backed by the ruling Democratic Party, while Kim was supported by the main opposition Liberty Korea Party (LKP).

A month before the election, police referred the case to the prosecution, but prosecutors in March 2019 cleared Kim of any wrongdoing - and criticized the police for overreacting.

Song has so far denied the charges.

On Monday, prosecutors were expected to zero in on how Song was tapped as an adviser to the Presidential Committee on Balanced National Development in December 2017. Prosecutors raided the office inside the Seoul Central Government Complex in Gwanghwamun, central Seoul, earlier this month, for evidence corroborating allegations Song was tipped off about the government’s national development plans.

Song served as an adviser to the committee from December 2017 till March 2018.

Song’s close ties with the Moon Blue House were most evident when he and his campaign operatives, including former Ulsan Vice Mayor Song Byung-gi, were found to have met a former senior official from the presidential secretary’s office for balanced development in January 2018, apparently to discuss plans to build a public hospital and an outer right road in Ulsan.

Prosecutors were also likely to ask Mayor Song about that meeting on Monday.

While former and current Blue House officials have mostly rejected the allegations, Park Hyoung-chul, President Moon’s former anticorruption secretary, is known to have testified to prosecutors during a recent questioning that the Blue House ordered a high-level official in the Ulsan prosecution to look into the region’s police investigation of former Mayor Kim.

Prosecutors suspect that Moon’s former Chief of Staff Im Jong-seok could have been the mastermind behind the alleged election-meddling scheme. Im is refusing to show up for questioning, sources with knowledge of the subpoena said.