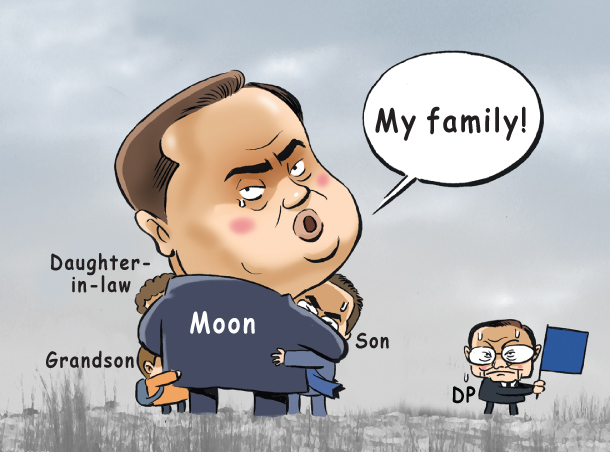 National Assembly Speaker Moon Hee-sang is under attack for his potential involvement in allowing his daughter-in-law to become the householder of his official residence in Hannam-dong, central Seoul, to help his grandson get admitted to a good primary school and helping his son get a nomination from the ruling Democratic Party to run in the April 15 parliamentary election from his own district in Uijeongbu in Gyeonggi.