KFA to allow semi-pro and amateur clubs in FA Cup

KFA to allow semi-pro and amateur clubs in FA Cup 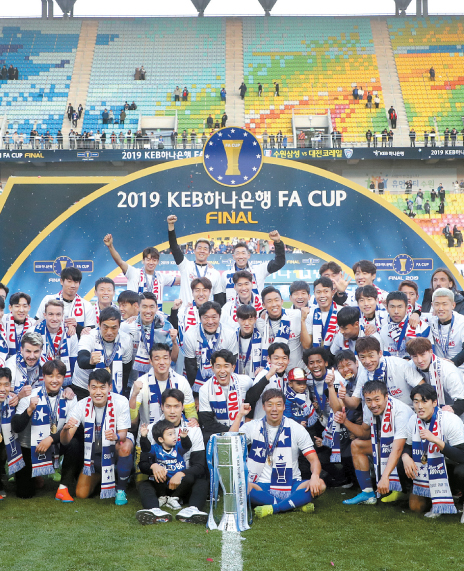 The Korea Football Association (KFA) said the 2020 FA Cup will feature 60 clubs, including 12 from the top-tier K League 1 and 10 from the K League 2. They’ll be up against 27 teams from the semi-pro K3 and K4 leagues and 11 teams from the amateur circuit K5 League.

Until last year, the FA Cup had teams from the K League 1, K League 2, K3 League and university teams.

For 2020, the KFA rebuilt the K3 League from an amateur league into a semi-pro competition and launched the K4 League to set up a promotion-relegation system in the lower rungs of South Korean football. The K5 League is the highest amateur competition, ahead of the K6 and K7 leagues.

In the third round, the 16 winners from Round 2 and eight of the 12 K League 1 teams will be drawn to play 12 matches against each other.

And the 12 winners from there will reach the fourth round, or round of 16. The four remaining spots will be filled by the four K League 1 representatives at the Asian Football Confederation (AFC) Champions League.

The AFC competition, the continent’s top club football tournament, runs from February to November, and K League teams competing there have to navigate tough schedules each year, juggling their domestic league play with the continental tournament and the FA Cup.

The KFA said it wanted to give Champions League-bound clubs a bit of a breather earlier in the year by giving them byes to the fourth round.

The quarterfinals will be on July 22, and the home-and-away semifinals matches will be played on Aug. 5 and 12.

The date for the FA Cup final will be determined later, depending on K League clubs’ status in the AFC Champions League.