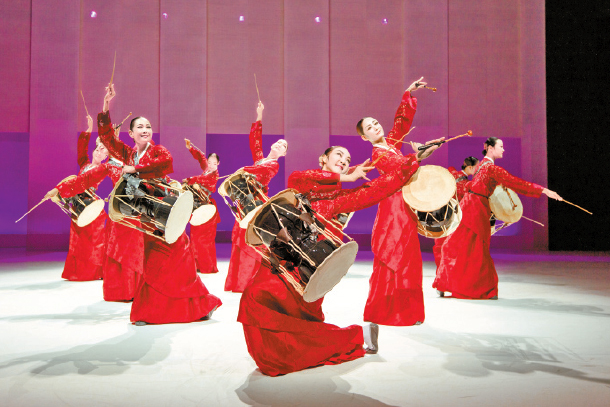 The National Dance Company of Korea presents three dance performances for families to enjoy during the Lunar New Year holiday, which starts from Jan. 24.

The holiday season series premiered in 2018 and has become a substitute for those looking to stay away from crowded theaters or amusement parks during one of the biggest holidays in the country.

The dance performance consists of nine traditional dances of Korea including dongnae hakchum, a crane dance that originated in Busan, fan dance and a janggu dance, a dance including a traditional drum.

“Sarang-ga” from the famous pansori (traditional narrative singing) “The Tale of Chunhyang” will be performed, too.

The National Theater of Korea said the 90-minute-long performance includes all of the exciting and popular traditional works, so anyone will be able to enjoy it.

A 30 percent discount will be given to those who were born in the Year of the Rat in celebration of the new year. Families of three or more are also eligible for the same discount. 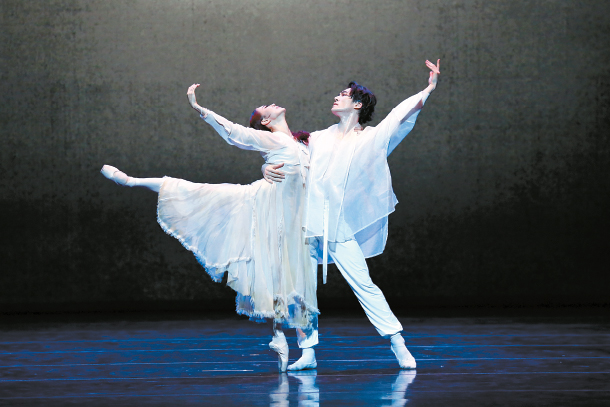 Universal Ballet Company presents a special gala performance by compiling highlights from popular ballet pieces including “Romeo and Juliet,” “The Sleeping Beauty” and “Onegin,” and more. The gala also includes original Korean ballet “The Love of Chunhyang,” pictured above. The story is based on the famous Korean love tale. [UNIVERSAL BALLET COMPANY]

The gala performance also includes original Korean ballet “The Love of Chunhyang,” based on the famous Korean love tale.

First launched in 1984, Universal Ballet Company is one of the major ballet companies in Korea.

The musical “Big Fish,” based on the 1998 novel written by Daniel Wallace and the 2003 film of the same title directed by Tim Burton, is making its Korean premiere.

The story begins as Will Bloom, a journalist, visits his father Edward after receiving the news that his father has become seriously ill.

But his bedridden father still keeps telling his exaggerated stories about witches, mermaids and giants.

Back when he was young, Will was fascinated by his father’s stories, but since growing up, he has put a distance between himself and his dad’s wild stories.

By spending time with his sick father, however, Will begins to delve into the life of his father and soon discovers his father’s love for imaginative stories.

Nam Kyung-joo, Son Jun-ho and Park Ho-san play the role of Edward while Lee Chang-yong and Kim Sung-cheol are double cast in the role of Will.

The musical starts at 8 p.m. from Tuesday to Friday. There are two shows, at 2 p.m. and 6:30 p.m., on weekends and holidays. There are no shows on Mondays.

An immersive performance of “The Great Gatsby” is coming to Seoul.

Unlike traditional theaters in which the stage is separate from the audience, immersive productions let the audience move alongside the actors during the performance.

“The Great Gatsby” is based on the 1925 novel by F. Scott Fitzgerald and revolves around the life of Jay Gatsby who lives in a mansion and spends his money on extravagant parties every night.

The immersive version of “The Great Gatsby” was first unveiled in 2018 during the Vault Festival in London and instantly stole the spotlight for its experimental format.

A ticket includes one complimentary drink. There is no specific dress code, but the performance organizer recommends retro outfits inspired by the 1920s if the audience wants to be part of the show.

Those who are older than 16 are eligible to enter, but those under 18 should be accompanied by guardians.

The show is being staged on the second floor of the Grevin Museum, located in Euljiro, Jung District, central Seoul.

The show starts at 8 p.m. on Tuesdays and Thursdays; 3 p.m. and 8 p.m. on Wednesdays, Fridays and Saturdays; and 4 p.m. on Sundays. There are no shows on Mondays. 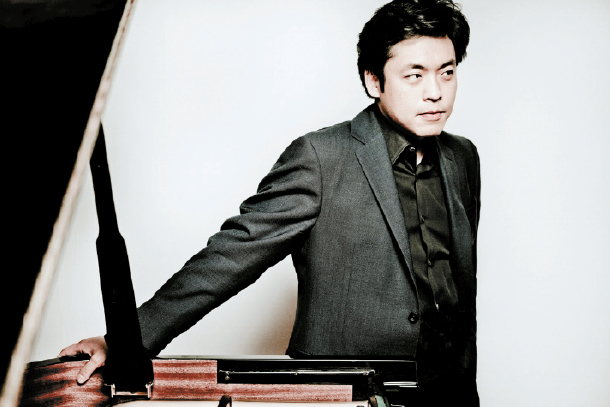 To mark the 250th anniversary of the birth of Ludwig van Beethoven, young virtuoso Kim Sun-wook will hold a piano recital in Seoul.

The pianist will play Beethoven’s Piano Sonata No. 30, 31 and 32, the last three sonatas written by the German composer and pianist.

The three pieces are composed between 1820 and 1822, during Beethoven’s hardest times, soon after he lost his hearing and was involved in legal battles over the custody of his nephew.

The winner of the prestigious Leeds International Piano Competition at the age of 18, making him the youngest winner in the history of the competition, Kim has been performing Beethoven throughout his entire career.

The pianist was invited to perform at a concert marking the birth of Beethoven in 2012 at his birthplace. Kim also became the first beneficiary of Beethoven monitoring program in 2013 and was given access to the composer’s hand-written documents, for further studies of the composer.