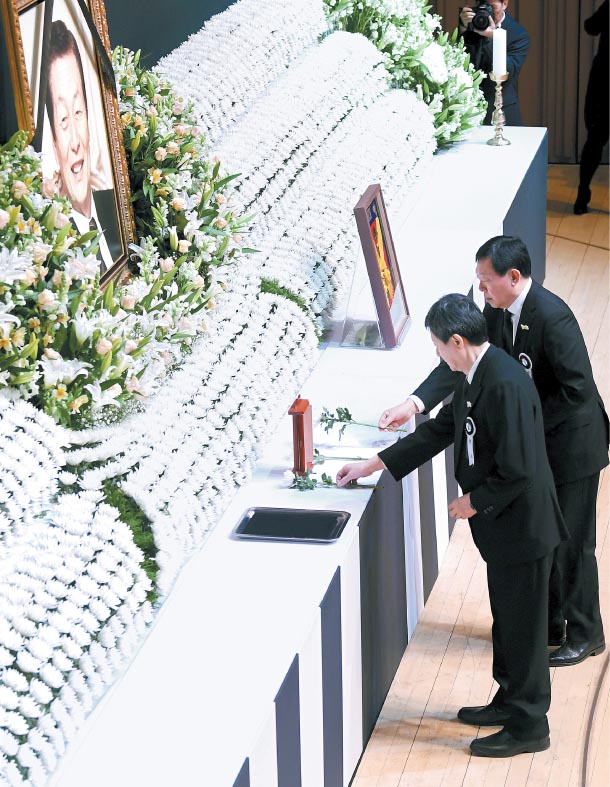 Lotte Group Chairman Shin Dong-bin, right, and his older brother Shin Dong-joo lay flowers during the funeral of Shin Kyuk-ho, their father. The ceremony for the late Lotte Group honorary Chairman was held at the Lotte Concert Hall in Jamsil’s Lotte World Mall in southern Seoul on Wednesday. [YONHAP]