Six-month sentence, but no jail time

Six-month sentence, but no jail time 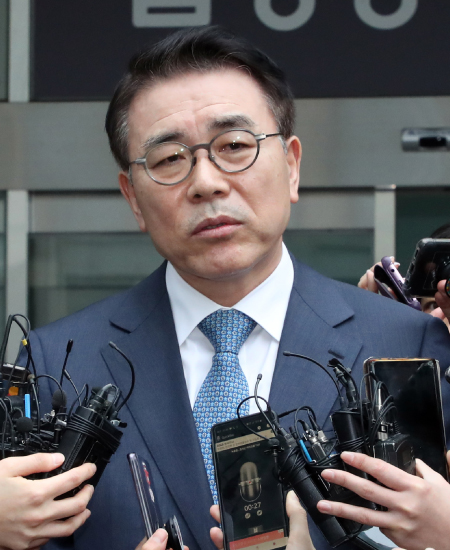 Shinhan Financial Group Chairman Cho Yong-byoung speaks to the press as he walks out of the Seoul Eastern District Court on Wednesday after being sentenced to six months in jail, two years of suspended, on charges of hiring corruption. He was found guilty of influencing the recruiting team at its Shinhan Bank so that certain chosen applicants get selected from 2013 to 2016. Cho said he would appeal to the higher court. With the court’s decision not to take Cho into custody, the 63-year-old is likely to maintain control over the financial group as he was nominated to serve another term as the financial group’s chairman last December. If the board approvs the appointment in March, Cho’s term will continue until 2023. [YONHAP]