Tottenham Hotspur’s Son Heung-min has ended his seven-match goal-less drought, scoring for the first time in 2020. 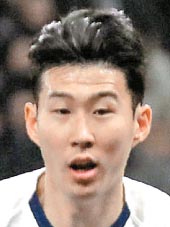 Dele Alli gave Tottenham a lead in the 38th, but last-place Norwich evened the score with Teemu Pukki’s penalty in the 70th.

Norwich kept pushing for a surprise win, but against the run of play, Son headed one home from point-blank range.

Alli’s shot bounced off Norwich player Christoph Zimmermann and floated over goalkeeper Tim Krul. The ball came into Son’s path, and he nudged the ball into the net.

Son said afterward it was “a very hard game,” but he and the Spurs will take their win any way they can.

“It was very important for us to get three points [and] to get our confidence back,” Son said in an interview with Spurs TV. “[The drought] was very tough for me. I tried to be calm and work for the team,” Son said. “I needed to score a goal like this to get my confidence back.”