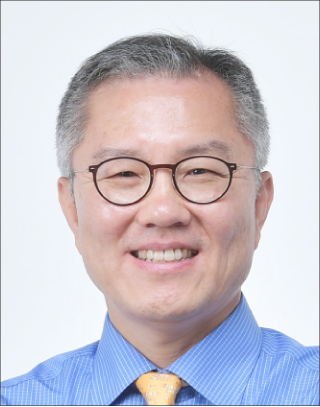 The Seoul Central District Prosecutors’ Office’s anticorruption department II indicted Choe Thursday morning on a charge of issuing false internship certificates to Cho’s son in 2017. At the time, Choe worked for a law firm in southern Seoul. Choe joined the Blue House in September 2018, when Cho was the senior presidential secretary for civil affairs.

Choe’s role was revealed last month when Cho was indicted on 12 different charges after four months of investigation. The indictment said Choe had approved two certificates testifying that Cho’s son had worked as an intern for his law firm in 2017 and 2018. The prosecution suspects that he never worked there.

Cho, who served as the senior civil affairs secretary at the Blue House from May 2017 till July 2019, became justice minister in September 2019 but stepped down after a mere 35 days amid an investigation into financial and academic scandals involving him and his family.

The prosecution said it sent three requests to Choe since last month to show up for questioning, but he refused. He, instead, submitted a written statement.

“Choe sent 50 pages of statements to the prosecution, but the prosecution insists on his attending a questioning,” Yoon said. “They threatened Choe to make public his case, unless he shows up.”

“Choe believes the prosecutors are using trumped up charges against him and leaking false information to the media to avoid criticism because their investigation into Cho only produced a shabby outcome,” Yoon continued.

Later Wednesday night, Choe sent a text message to reporters to say he was never notified by the prosecution that he was a criminal suspect in an investigation and denied media reports that he received subpoenas via registered mail. “I want the prosecution to say why it did not inform me by mail or phone that my status has been changed to a suspect,” he said.

The prosecution responded to Choe with an indictment on Thursday.

Sources in the prosecution told the JoongAng Ilbo on Thursday that Prosecutor General Yoon Seok-youl personally ordered Lee Sung-yoon, head of the Seoul Central District Prosecutors’ Office, who assumed his post this month, three times on Wednesday to indict Choe, but Lee refused. They said Ko Hyeong-gon, head of the anticorruption department II of the Seoul Central District Prosecutors’ Office, which investigated the case, waited for hours to brief Lee about a plan to indict Choe on Wednesday. Lee, however, left the office around 10 p.m. without approving or rejecting the indictment.

“Ever since Lee assumed the post last week, Ko’s team repeatedly requested his approval to indict Choe, but there was no reply,” said a prosecution source. “So Yoon summoned Lee and ordered him in person on Wednesday to indict Choe.”

The indictment was made at a sensitive time. Earlier Thursday, the Ministry of Justice announced a massive reshuffle, reassigning senior prosecutors who were supervising probes into Cho and other key members of the Moon Jae-in administration.