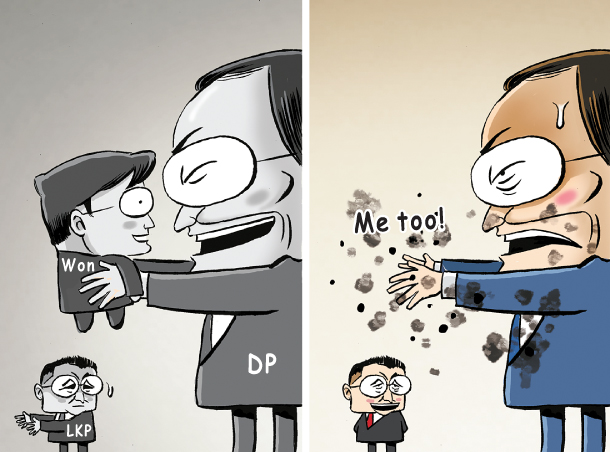 The opposition Liberty Korea Party (LKP) is happy to watch 26-year-old Won Jong-gun — a star recruit of the ruling Democratic Party (DP) for the April 15 parliamentary election for his alleged effort to promote the rights of people with disabilities and the poor — surrender his nomination Tuesday after his ex-girlfriend alleged he was guilty of sexual assault, including date rape. The LKP is trying hard to catch up with the DP in recruiting fresh faces for the election.