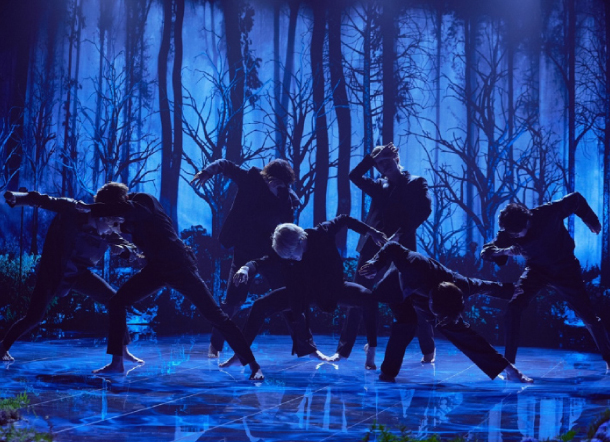 Having become the first Korean act to perform at the Grammys, BTS said Wednesday that it feels like K-pop is being embraced globally.

“We felt like K-pop was finally recognized worldwide,” leader RM said during the band’s appearance on CBS’s “The Late Late Show with James Corden” on Wednesday morning, U.S. time.

BTS took the stage at the 62nd Grammy Awards, performing “Old Town Road” with Lil Nas X and becoming the first Korean act to do so at the annual awards show.

Recalling the moment, member J-Hope said, “Everything about that night was so special. We couldn’t believe it.”

Rapper Suga said the band will return to the Grammys stage for a second time, noting that, “We are going to do BTS stage two.”

The band also elaborated on the subtitle of the upcoming album, “Map of the Soul: 7,” which drops on Feb. 21.

“Seven is a special number for us. It’s been seven years since our debut, and [we’ve] got seven members,” rapper RM said, adding that the band practiced “so hard” for the songs and dance routines.

“So please stay tuned for the album. The album’s gonna be [on] a whole [new level],” he said, without being able to finish his sentence due to deafening cheers from the audience.

The band performed “Black Swan,” a pre-released track off of the upcoming album, for the first time on the show - dancing barefoot against a black-and-blue backdrop to conjure up the eerie mood of dawn.