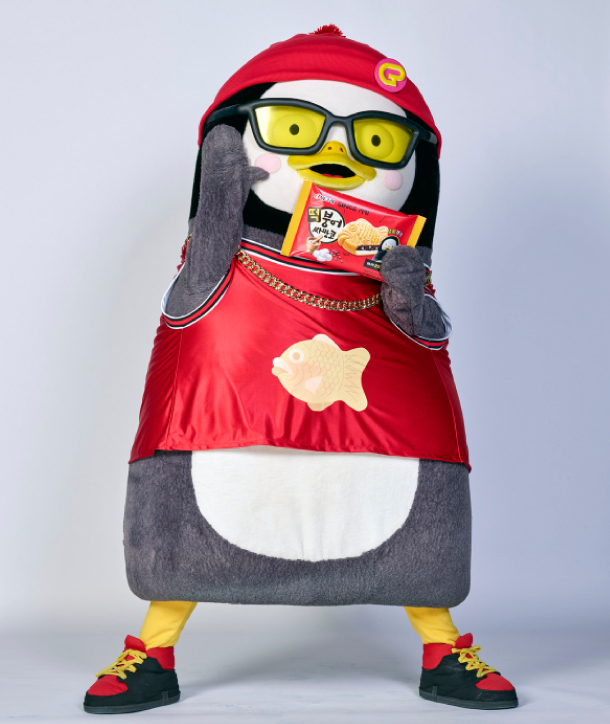 Pengsoo’s fame seems to be never-ending, as the penguin’s YouTube channel hit over two million subscribers as of Wednesday.

According to EBS, the feat was reached just nine months after the channel launched. The channel, titled “Giant Peng TV” hit one million subscribers in November.

“I’m so happy and thankful to have two million subscribers when it was just a while ago that [the channel] reached one million,” Pengsoo said in a statement.

The character’s popularity is also tipping over to the food industry, as Pengsoo was selected to be a spokesmodel for Coca Cola’s juice drink company Minute Maid, according to the company on Wednesday.

“Pengsoo is well-known to millennials for [the character’s] straightforwardness,” the company said.

Another food company, Binggrae, picked the penguin to promote two of its popular ice cream products, Samanco and Pangtoa. and will be releasing commercials featuring Pengsoo on television and online beginning on Feb. 1.

The relationship between Binggrae and Pengsoo didn’t get off to a good start, however. Pengsoo applied for the company’s “Super Cone Dance Challenge” last year but placed 137th. After the penguin gained fans, the marketing directors apologized to the penguin in person, a scene that was uploaded on YouTube last month.