Innovation is key for bank CEO

Innovation is key for bank CEO 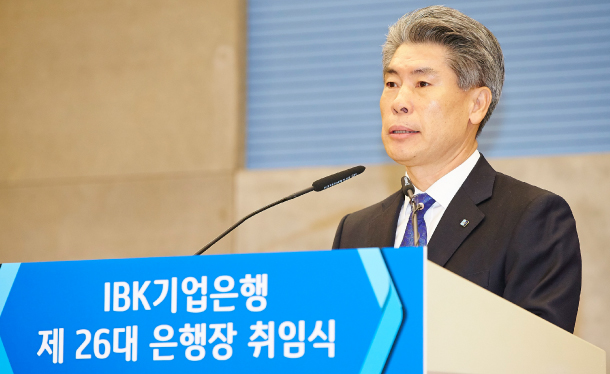 Industrial Bank of Korea (IBK) President and CEO Yoon Jong-won said while banking services will always be needed, the same can’t be said of banks themselves.

“Through innovative finance and correct management, [I] will make IBK as a top-tier financial group,” Yoon said.

The new president especially emphasized his goal of providing the necessary funding for creative start-ups and various small- and medium-sized enterprises.

He said the bank will adopt a system of evaluating the loan eligibility of new businesses and will accept intellectual property as collateral.

“Correct management is the core competitiveness that a company should possess and a safety pin in preventing management risk,” Yoon said. He added, “Even for a global top-tier company, when violating the law or acting unethically, the customers will coldly turn their backs.”

“We will be faithful in our social responsibilities, such as creating jobs and expanding job opportunities for people with disabilities,” Yoon said.

He also addressed his conflicts with bank’s labor union. Earlier in January, Yoon was physically blocked by union bank employees from entering the building on what would have been his first day of work. The union was protesting what it saw as the political appointment of a “parachute” official to a position that for a decade had been held by internal officials.

“The ground hardens after rain,” Yoon said. “While my heart is heavy on management being suspended, it has also become an opportunity and a motivation to do a better job.”

The union demanded that the government not appoint similar bureaucrats to its top post, and demanded more transparency in the selection process.

The financial industry’s labor union had increasingly been expressing concerns with the continuous parachuting of former government officials into state-owned financial companies, including the Korea Securities Depository and the Korea Deposit Insurance Corporation.

The union ultimately accepted Yoon’s appointment after the government and the ruling Democratic Party earlier this week agreed on an apology and promises of preventing former government officials from landing the top post at IBK.

The head of IBK’s union, Kim Hyung-seon, said Wednesday that the last 20 days allowed the new CEO to become a friend and family of the bank.

“We ask [the new CEO] to innovate in putting forth the happiness of the employees,” Kim said.

Yoon responded that while the bank will focus on its customers, internally he will work on raising the happiness of the employees.

As part of its efforts, Yoon promised a fair and transparent personnel system.

Regarding his management style, he added that under his command, the bank will get rid of formalities to allow swift decision-making and flexibility within the organization.