Cho suspended from duty as professor at SNU

Cho suspended from duty as professor at SNU 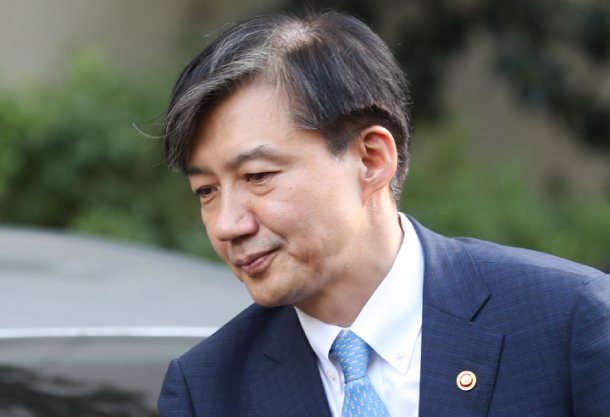 Seoul National University decided Wednesday to relieve Cho Kuk, former justice minister and a criminal suspect of bribery and abuse of power charges, from duty as a faculty member of its law school.

“We concluded that it is impossible for a law school professor indicted as a criminal suspect to perform his job normally,” the university said. “Based on relevant regulations, we decided to relieve him from duty as of [Wednesday].”

On Dec. 31, 2019, the prosecution indicted Cho on 11 charges concerning his alleged roles in his children’s academic fraud, receiving bribes and illegal management of family wealth. On Jan. 17, Cho was indicted for a separate case of abuse of power by shutting down an internal investigation in 2017 into Yoo Jae-soo, a government financial regulator and a key associate of the Moon administration.

Cho, a celebrity professor of the university’s law school, took a leave of absence when he joined the Moon Jae-in Blue House as a senior presidential secretary for civil affairs in May 2017. He came back to the school as of Aug. 1, 2019 after he left the Blue House the previous month.

After he was appointed as the minister of justice, he took another leave of absence on Sept. 9, 2019. He resigned from the post after 35 days and returned to school as of Oct. 15, 2019. He had informed the university last month that he will teach a class concerning criminal precedents during the first semester of 2020.

However, in line with the university’s latest decision, Cho cannot teach lectures. He will receive 50 percent of his salary for three months and 30 percent in the following months until the measure is lifted.

Cho reacted Wednesday saying that the decision was unfair, but he will accept it. “It is unfair to receive a disadvantageous measure just based on the indictment, but I will quietly accept the decision,” he wrote in a Facebook posting.

He said the decision is not a disciplinary action, but the public often sees it as a punishment. “There is a concern that it will create unfavorable public opinion before the trial, where a fierce legal battle is expected,” he said.