A literary look at a past pandemic

A literary look at a past pandemic 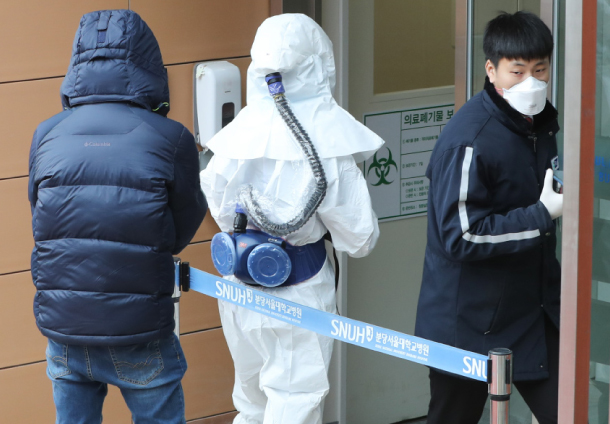 LEE DONG-HYEON
The author is the deputy editor of the industry team of the JoongAng Ilbo.

The Decameron is a collection of stories told by 10 men and women in a secluded villa outside Florence, Italy, to escape the Black Death. We know the author is Giovanni Boccaccio, but not many people actually read the book. An unabridged translation from Italian was published in 2012, less than 10 years ago.

The unabridged translation is in three volumes, totaling 1,400 pages. But it’s a page-turner. Despite being written 670 years ago, it isn’t difficult for modern readers to understand.

The Decameron is also called “The Human Comedy,” in comparison to Dante’s Divine Comedy, as it illustrates the humanism of the Renaissance. It is said that the prose itself is great, but I can’t be sure, since I didn’t read it in Italian. But it is clear that the Decameron addresses the internal thoughts of humans — sometimes directly, and sometimes through satire.

About 150 years later, Shakespeare wrote a play based on a story in the Decameron, called “All’s Well that Ends Well,” which is still performed today. As a dark comedy, it depicts the more sinister side of human nature — deception, betrayal and desire — more than other Shakespearian works.

When an outbreak spreads, the true nature of humans is revealed. As the new coronavirus has begun spreading, anxiety is growing, and blame game has started. Boccaccio wrote about the human emotions after the Black Death as a fable and Shakespeare wrote a play of betrayal and desire because they looked at the danger of human nature directly.

It is important to be informed of the danger of the new epidemic and be prepared. But blaming someone, using the issue politically or creating a scapegoat is not right. As Shakespeare said, “All’s well that ends well,” but the process is also important.