February is a big month for K-pop

February is a big month for K-pop 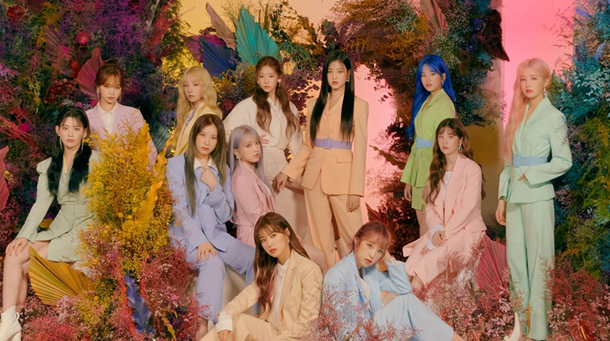 This month will see an unusually feverish K-pop scene with a new album release by superstar BTS. But the music world here will be further abuzz as a number of other high-profile music acts will unveil new albums in February.

On the calendar for February is an unprecedentedly eventful lineup of returning K-pop stars, spearheaded by popular girl group GFriend.

The six-member female group will be the first to rock the music scene this month, dropping “Labyrinth” today.

It is GFriend’s first music release since last July’s “Fever Season” album and its first return to the music scene under the umbrella of Big Hit Entertainment, the management agency of BTS. GFriend’s agency, Source Music, merged with Big Hit in July after the previous album’s release.

Also this week, another flourishing band, iKON, will drop a new EP, the first music release since team leader B.I left the group in June last year over drug-related allegations.

The new album, “i DECIDE,” set for release Thursday, will be carrying tracks composed and written by the former member, as well as other brand-new numbers.

Another popular boy band, Pentagon, is also coming out with “Universe: The Black Hall” on Feb. 12, the first full-length album since the band’s debut in 2016.

It is also the first music release by the band following its ninth EP, “SUM(ME:R),” which dropped in July.

High-profile girl group IZ*ONE has also heralded the resumption of its music career in February.

Abruptly postponing a new music release plan in November, the band temporarily suspended its activities as producers of cable music channel Mnet’s “Produce” audition show came under a police investigation over allegations they fixed the results of the vote-based competition show. IZ*ONE debuted in 2018 through the show’s third season.

Mnet has not yet fixed the date of the band’s comeback, only saying, “The exact timing will be announced soon.”

Girl group Loona, also known as Girl of the Month, is on its way to drop “# (Hash)” Wednesday, its first album in nearly one year, while Rocket Punch and The Boyz are scheduled to be back in the music scene with new albums both on Feb. 10.

The climax of them all will be the disclosure of “Map of the Soul: 7,” a new full-length album by BTS, set for release on Feb. 21.

Pre-orders for the new album have topped 3.42 million copies in the first week since pre-sales began in early January, the biggest pre-order volume ever for a Korean album.

Earlier last week, the band staged a debut performance of “Black Swan” during “The Late Late Show with James Corden,” an American TV show, electrifying its fans across the globe in the run-up to the new album’s full release.

The February craze will further be fanned by a series of new bands. Brave Entertainment will launch a boy band, DKB, on Monday, followed by the takeoff by girl group, cignature, formed by C9 Entertainment the next day. Big Hit also said Friday another contract musical act under the agency, 8Eight, will drop a new digital single next Friday, the first music release by the three-member co-ed group in six years.