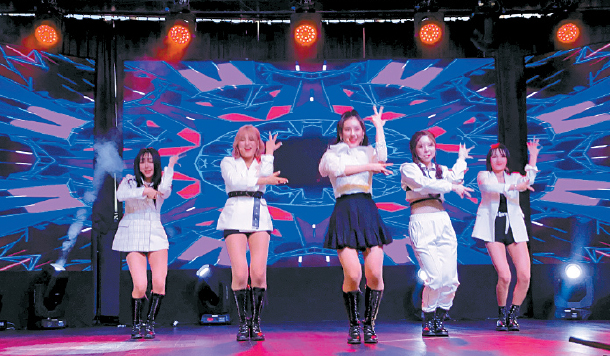 Episode, a five-member girl group, performed its debut song “Open My Door” in a showcase on Monday at Lotte World Mall in southern Seoul, ahead of its upcoming debut this month.

Ye Ji, the leader and main dancer, leads the rest of the members, Ye Rin, Ye Na, Soo A, and A Reum as they hope to appeal to fans both locally and worldwide.

The group’s debut song will be released online at noon today. The dance song features an easy melody to sing along to.

Some members of the group worked under the name Vitamin Angel from 2015 to 2019 and performed at the military bases before the five members for Episode were confirmed last year.

The group named itself Episode because the members have had many different episodes in the process of preparing for the debut. They shared how sometimes their pants ripped from practicing so much and their shoes fell off in the middle of a performance on stage.

“We want to make as many fun episodes with everyone in the future,” said Ye Ji during the showcase.