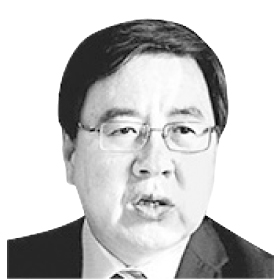 Oh Jung-gun
The author is the president of Korea Finance ICT Convergence Association.

Business in a long-term context runs in cycles — from recovery to expansion and then to retreat and contraction. When unattended, it can overheat or slip into a lengthy slump.

Economic stimuli are used against a slump. At times of expansion, tightening measures are employed to prevent overheating. The theory developed by British economist John Maynard Keynes in 1936 in the aftermath of the Great Depression has become a norm in economic policymaking.

During expansionary phases, measures including hikes in interest rates, lower foreign exchange rates and higher taxes are needed to cool the economy. But during a contraction, measures including cuts in interest rates, higher foreign exchange rates, lower taxes, and deregulation are required. The measures are best employed preemptively by taking account of the ramifications of policy effects.

If an economy maintains moderate growth — and low inflation — amid adequate policies, it can be defined a “Goldilocks” economy, running at the just-right temperature. The U.S. economy has been enjoying that economic middle-ground, expanding for 126 months from June 2009 to December 2019.

The economic direction and measures pursued by the Moon Jae-in administration over the last two and a half years baffled mainstream economists, as they contradicted the stabilization manual from the last eight decades. Its signature “income-led” growth policy led to steep increases in the minimum wage, a universal cutback of the workweek to 52 hours, and a sweeping conversion of non-salaried workers to permanent status in the public sector.

Anti-market policies — such as real estate measures focused on suppressing demand, a hike in corporate taxes, and tougher regulations on commerce and subcontractors — have all ended up dampening investment and business sentiment. They are the recipe to address an economy in an expansionary phase. Korea alone has raised corporate tax rates when they have gone down elsewhere in the world, critically undermining global competitiveness.

The economy last year performed its worst in a decade following the 2008 financial crisis. Stagnation has lasted for more than two years, and the pace of the slowdown has been the fastest since the global crisis. From the rapidity and scope of contraction, the economy is already in crisis. Exports and investment have been in the negatives for more than a year.

Consumption has been mired in meager growth. GDP managed to grow by a mere 2.0 percent. The fragile economy’s recovery now faces a new deadly epidemic from China.

The government must shift to the traditional formula to avoid a contraction. To come up with right measures, policymakers must first study the current and forthcoming economic developments. It is the same as the doctor finding the right prescription and treatment through precise diagnosis.

The government has erred from the examination and understanding of the economy. Key measurements are included in the monthly industrial output data released by Statistics Korea. They reflect the cyclical and seasonal factors, as well as other issues, like natural disasters and strikes, that influence business and economic activities.

To study business and economic trends, the rule of thumb is to leave out the irregular or volatile factors and focus on the cyclical features. The coincident index implies the current economic trends while the leading index foreshows the developments of six months and onwards.

The Korean economy requires strong measures in the face of a lengthy stagnation. But last July, the government suddenly changed the way it calculates key indicators, without providing a clear rationale. Whether they would lead to a more accurate reading of the economy also remains unclear.

Still, exports have been contracting for 13 consecutive months. Facility and construction investments have been declining over the last two years. Consumer spending also has been subdued, due to a worsened job market and increased household debt. Policies helped little as they mostly were unfriendly towards the market.

The government has narrowed the criteria to study the business trend to six months from one year. When the reference period is shortened during times of a slowdown, the fall in indicators could lessen.

Before the reference period was shortened, the indicators had headed downhill after their peaks in May 2017 and September 2017. But after the change in calculation, the peak changed. Since indicators serve as the reference for economic measures, their accuracy and objectivity should be repeatedly examined.