From golden goose to gulping hippo

From golden goose to gulping hippo 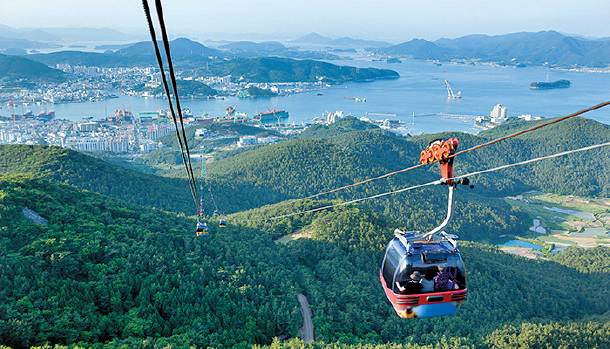 A cable car in Tongyeong, South Gyeongsang, with a beautiful view of the South Sea. [JOINT PRESS CORPS]

WE SUNG-WOOK
The author is the Busan bureau chief of the JoongAng Ilbo.

However, the trend took a downturn for the first time in 2018, with barely over 1 million passengers. Last year, the 1 million mark was not reached — with 904,324. A Tongyeong city official said that the number of passengers dropped as cable cars were installed one after another across the country.

In fact, the Songdo Ocean Cable Car in Busan — which followed the Tongyeong model — had a decline in the number of passengers last year for the first time. It opened in June 2017 and attracted 950,000 passengers in half a year, and in 2018, 1.2 million passengers rode the cable car. But the number dropped to 1.12 million last year. Yeosu Ocean Cable Car, which opened in December 2014, had 1.85 million passengers in 2018, but last year, the number decreased to 1.66 million. The city of Yeosu made a similar diagnosis. A city official said that other attractions need to be incorporated to attract visitors who had been on the cable car.

The problem is that local governments that started the boom, including Tongyeong, are struggling with declining passengers. Yet a boom to build more cable cars is still heated. More than 50 new cable cars are being built or planned nationwide, such as in Geoje and Hadong County in South Gyeongsang. Experts say that if too many cable cars are built without additional local attractions, an overall decline in the number of passengers is inevitable.

They all advise that the 20th century tourism trend of attracting tourists just by building something special is over. If they don’t think about what else to offer now, the geese laying golden eggs can turn into hippopotami gulping taxpayers’ money.